What he carried on his back 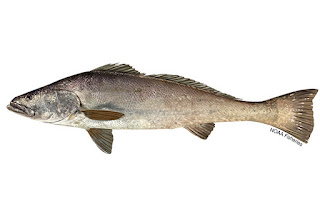 Some issues are easy to decide and some are, if not more difficult, at least worth looking deeper into. Like the story of Mario García Toledo. Mario was a San Felipe fisherman.
He was 56 years old when a conservationist boat owned by the Sea Shepherd conservationist Society slammed into his panga recently, killing him and severely injuring an accomplice. Cut the boat in two.

Mario was doing something terrible, he was hunting illegal totoabas, a fish in the drum family that only lives in the gulf of California.

You see, Chinese people will pay upwards of $50k for a kilogram of the fish's dried air bladder. They think that it helps with their fertility problems. The fish has been illegal to catch since 1975.  The catching of the totoaba often leads to the catch of another critically endangered species, the vaquita porpoise. In 2018, the Chinese government confiscated over $28 million dollars worth of Totoaba bladders from the illegal blackmarket.

Laws or not, totoaba are still caught and sold illegally. And a poor Mexican can feed his family for an entire year on a few fish. I can understand how it can happen.

Catching totoaba can be very lucrative for a San Felipe fishermen. The fish’s dried air bladder can yield anywhere from $10,000 to $80,000 per kilogram on the black market in Asia, where people use it in a soup called fish maw. The dried bladder is said to have medicinal properties, such as boosting fertility.

During peak demand in China, the retail price of totoaba maw per gram has exceeded the price of gold.In Baja California, one can earn an entire year’s salary just by netting a few totoaba, according to the fishermen.

García Toledo “literally lived from the sea his entire life, fishing at low tide with small nets,” said Cesar Carrasco, a San Felipe resident who said he has known García Toledo since childhood.

There is an argument about who did what to whom? The Mexican locals say the larger conservationist boat deliberately rammed the smaller panga. The Sea Shepherd people say that they were attacked with molotov cocktails. I don't know who did what and it is really immaterial.

Totoaba is still being caught illegally to satisfy the strange urges of the Chinese and in a Mexican fishing village, somebody is missing a poor husband and father. Very sad either way. And his lifelong friend had a pithy last word:

“He would gather clams and then walk miles down the beach, selling them,” Carrasco said. “He witnessed incredible events such as seeing thousands of totoabas enter the estuary at a depth of less than one meter. How could this be a predator of the species, if he fished only what he could carry on his back?”

Speaking of fish, I would be remiss in not mentioning a parting shot from the Trump administration. President Donald Trump vetoed a bi-partisan bill January 2nd that would have gradually ended the use of large-mesh drift gillnets deployed exclusively in federal waters off the coast of California, saying such legislation would increase reliance on imported seafood and worsen a multibillion-dollar seafood trade deficit.

Trump said in his veto message to the Senate that the legislation sponsored by Sens. Dianne Feinstein, D-Calif., and Shelley Moore Capito, R-W.Va., “will not achieve its purported conservation benefits.”

Feinstein issued a statement saying Trump’s veto “has ensured that more whales, dolphins, sea turtles and other marine species will be needlessly killed, even as we have a proven alternative available.”

The fishing bill’s sponsors said large-mesh drift gillnets, which measure between 1 mile (1.6 kilometers) and 1.5 miles (2.4 kilometers) long and can extend 200 feet (60.9 meters) below the surface of the ocean, are left in the waters overnight to catch swordfish and thresher sharks. But they said at least 60 other marine species — including whales, dolphins and sea lions — can also become entangled in the nets, where they are injured or die.

It is illegal to use these nets in U.S. territorial waters of the Atlantic Ocean and the Gulf of Mexico, and off the coasts of Washington state, Oregon, Alaska and Hawaii. They remain legal in federal waters off California’s coast.

The bill Trump vetoed would have extended similar protections to federal waters off California’s shoreline within five years and authorized the National Oceanic and Atmospheric Administration to help the commercial fishing industry switch to more sustainable types of gear.

Trump said that the passage of the bill would make the price of swordfish too high. Egads.