Virtue lies in the mean 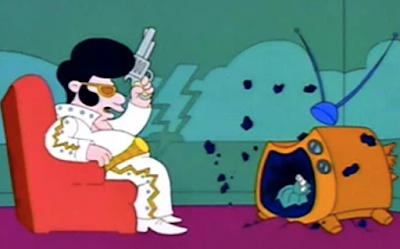 With our country going through such tumultuous times I think it is important to remember that the great majority of Americans, on either side of the political divide, are good and decent folk.

I have many Republican friends and they are probably as likely to storm the capitol in a Camp Auschwitz t-shirt with guns a blazin' as I am.

I saw a comment on the Fox website the other day that I both liked and commented on. I think it says it all in a nutshell.

Now an argument can certainly be made that comparing wild eyed ideologues on the left with right wing conspiracy theorists who want to storm the bastille with weapons is a false equivalence. I get that.

But the grand vision of the progressive squad, free college, medical care, housing, eat the rich, etc. is probably just as fantastic in a literal sense, as in fantasy. It scares people too, frankly.

Let us seek to work towards and find agreement in the middle again. There are way more of us middle people then there are of them. Not every Republican has an AR -15 seeking left wing scalps and not every Democrat is a communist intent on destroying the economy and stealing your money.

First thing we have to do is start talking to each other again and not past each other while focussing on the lunatic fringe.

Virtue lies in the mean. Turn off the television and let's have a beer.

Again, it is possible to fail in many ways (for evil belongs to the class of the unlimited, as the Pythagoreans conjectured, and good to that of the limited), while to succeed is possible only in one way (for which reason also one is easy and the other difficult- to miss the mark easy, to hit it difficult); for these reasons also, then, excess and defect are characteristic of vice, and the mean of virtue;

For men are good in but one way, but bad in many.

Virtue, then, is a state of character concerned with choice, lying in a mean, i.e. the mean relative to us, this being determined by a rational principle, and by that principle by which the man of practical wisdom would determine it. Now it is a mean between two vices, that which depends on excess and that which depends on defect; and again it is a mean because the vices respectively fall short of or exceed what is right in both passions and actions, while virtue both finds and chooses that which is intermediate. Hence in respect of its substance and the definition which states its essence virtue is a mean, with regard to what is best and right an extreme.

I agree with you Robert.

Good old Ari (stotle). He got it right on virtue. One could use "moderation in all things", Now stand T. Bert Lance up next to Ari and "Don't fix it if it ain't broke" could help a lot. If we set Rodney King next to Ari and Lance then we can use, Why can't we all just get along? This gives three principles and since three is a magical number we ought to be able to heal the nation. Just get some 100 million or so of us to agree on this and we might be on our way to a decent future.

Good read. Let’s be kind there is always good in each and everyone let’s find and focus on that. Let’s have good character and love our brethren as we love ourselves !

Everyone is a hero in their own mind. How to bring the qualities of kindness and self sacrifice back into the archetype of the hero seems part of the task at hand. Maybe Arnold Schwarzeneggar, with his own checkered past, is a good candidate to bring us back to a Hellenic version of the hero rather than the Hollywood Terminator version.

I agree with you 100%. Great post. So refreshing to read such a well stated perspective -- and so full of truth. Thank you Robert!