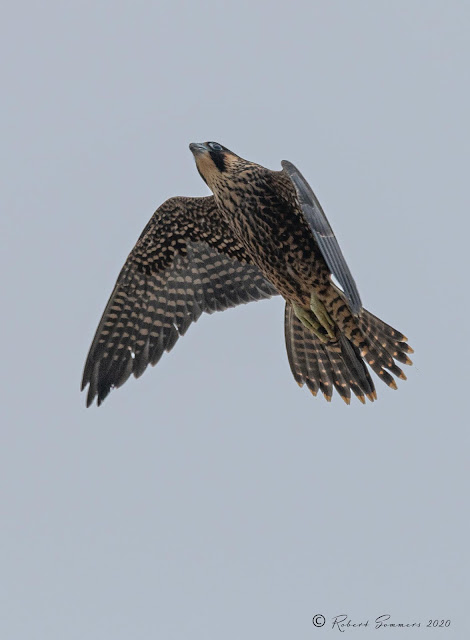 Yesterday a good friend mentioned that I was getting a little too birdy. I suppose that I know what he means.

There have been a lot of birds lately on the blast.

And he actually understood the reason why.

Because birds and flowers lower your blood pressure. And I suppose that I am getting low on piss and vinegar.

Birds don't tend to piss too many people off. Besides, I don't have the emotional resources to be angry all the time.

With all the shit going down in the world, the last thing I want to do is be triggered.

And I don't want to needlessly trigger anyone else either. No one is switching sides at this stage of the battle.

There is little point preaching. Roughly 38 to 43% of the people simply won't give a damn whatever I say and that is also their right.

I mentioned that I was dialing back on the rage and reactivity a few months ago. The cancer isn't out of the woods, I have a biopsy scheduled very soon and I have had the current go with the shingles. So I don't have the gasoline in my tank to do a lot of teeth gnashing right now. I guess you could call it conservation of energy.

And the truth is, Trump is not the problem today. He was a catalyst and he exacerbated the tension but even if Biden wins and whatever ultimately happens in congress, the underlying elephant in the room is the fact that the two Americas can barely speak to each other, certainly rarely civilly, there is no center or notion of compromise any more, just craven exercises in raw power. On both sides. Strike and maim while you can because the guy across from you will, if he gets the chance.

The fact is that our values systems are so different that we now have this gigantic cultural and political chasm and a completely ineffective government, and well, that's not going to change soon. It's bloodsport. Certain people enjoy it. People like McConnell love a good knife fight.

If it is environmental in nature I'll do my damnedest to mention it. Although I did forget to cover the recent "pay what ever you want to for oil leases" strategy. The red blue pissing match, shit throwing carnival, not fun for me right now. Reality is scary, racially, environmentally, politically, from a civil rights perspective, covid, it is almost all too much to handle. Afraid you'll have to start the revolution without me.

We have to ask ourselves, the actions that I take, are they helping or are they hurting our fellow terrans? What will keep me off the psychiatrist's couch and away from the internet? Where can I hide? 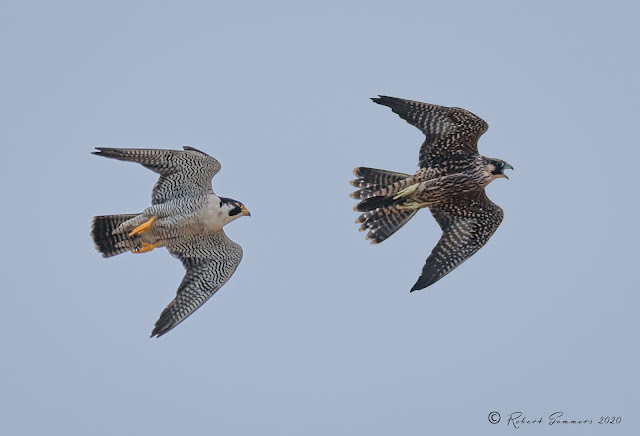 Yesterday I was thinking that I was bummed that I would miss the young falcon at Torrey Pines. Has only been flying for a week.

I couldn't skip it. I drove down in the afternoon and found that there was no parking on coast highway. I would take a side street and park very far away. And I had flip flops on. But I needed to do it and walked, finally made it to the cliffs.

Waited an hour and no birds. Talked to a cool photographer named Sam. And then bam, the mother flies in, then the father and then I see the smallest juvenile I have ever seen fly by. So fast I could hardly capture it.

We got twenty or thirty minutes of aerobatics, young falcon dove on some pelicans. It was all very cool.

I had my lesser, lighter lens and it was very cloudy and gray but I made do. The length of the zoom made it the go to lens for the occasion. The birds were high on the cliff, pretty far away. 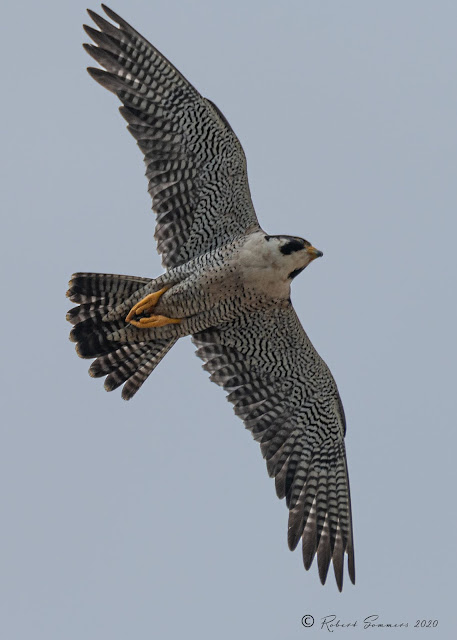 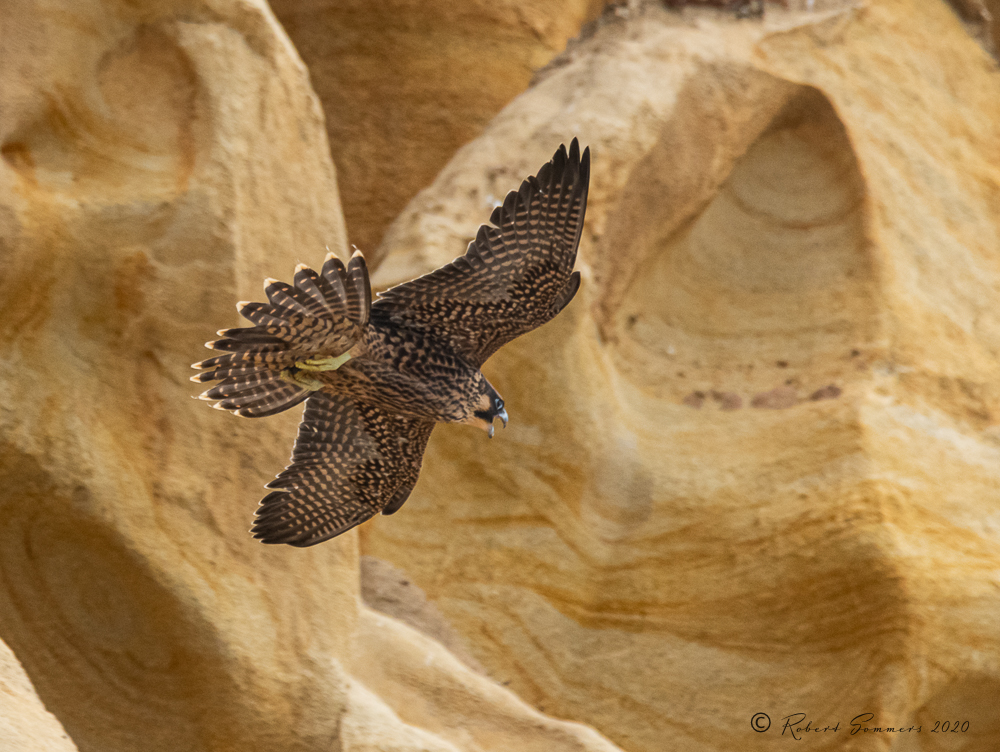 The pictures would not be epic. A lot to go through but it will surprise me if I got anything noteworthy, but still I did the best I could and am very happy to see such an incredible young bird. 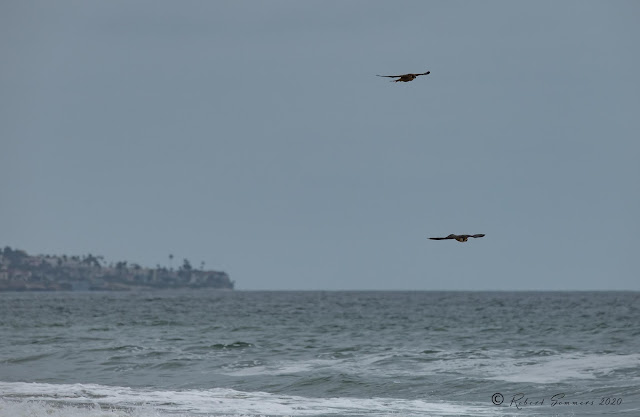 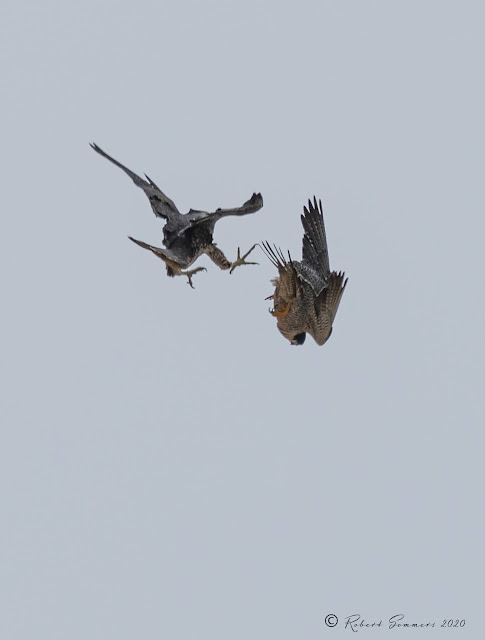 I watched the male and female adults do a lot of flying and aerobatics.

But then the kid would fly in and it is so fast that I could hardly snap a picture. 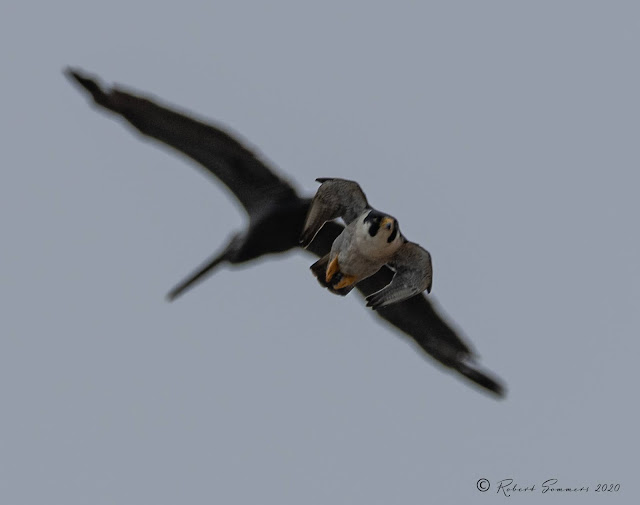 The little kid is a rocket ship. I cracked up when he went after the pelicans in a deep dive. 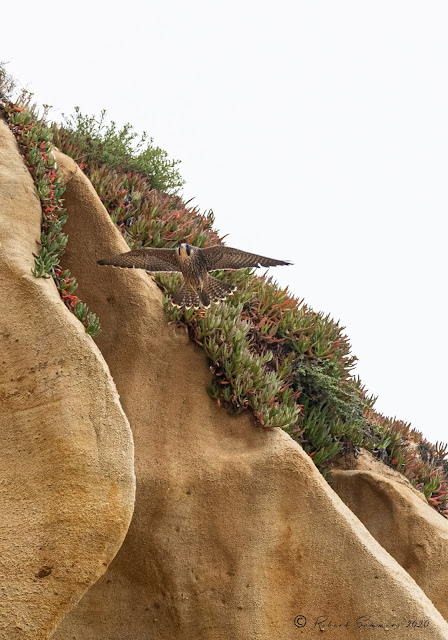 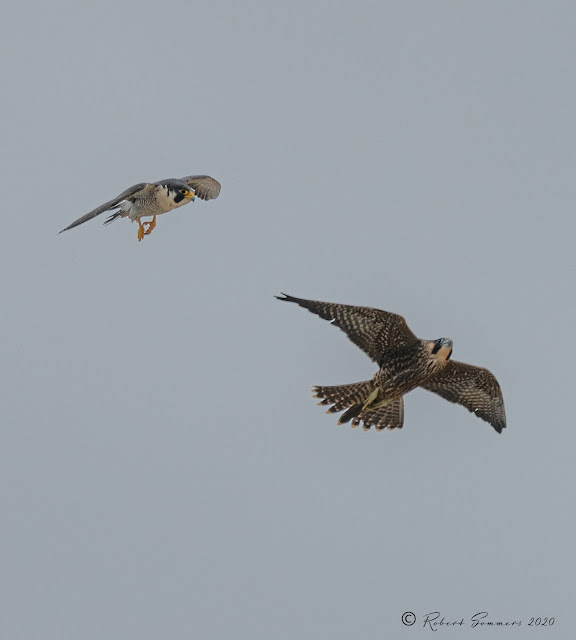 It was a great day. My legs still hurt today from the walk.

Had to do some heavy cutting and triage today to load them. 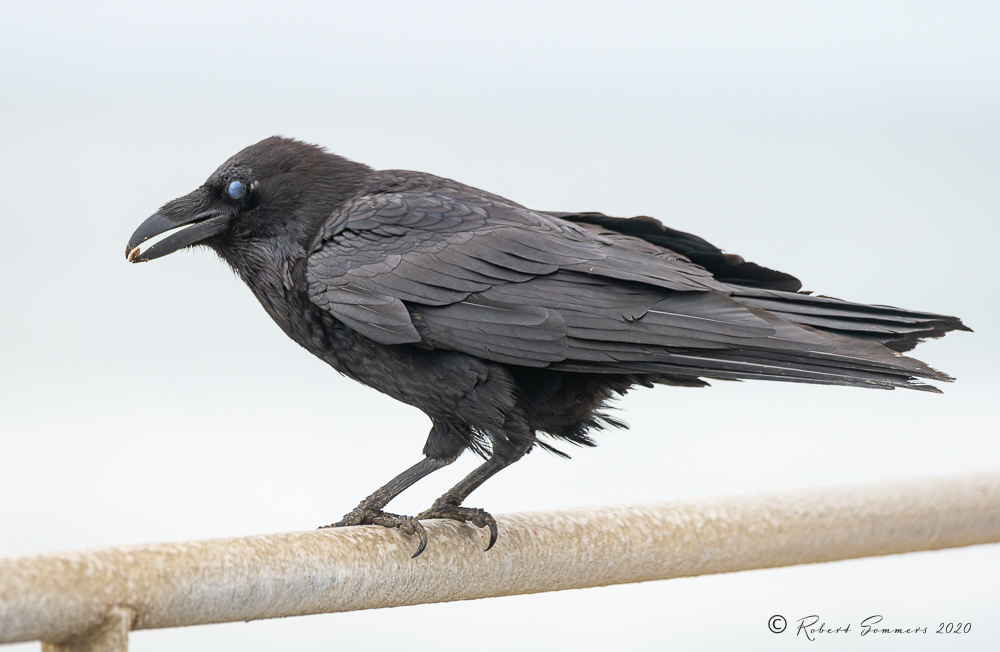 This morning we drove down to the harbor in San Diego for the Tuna Harbor Dockside Market. Bought right from the fishermen. 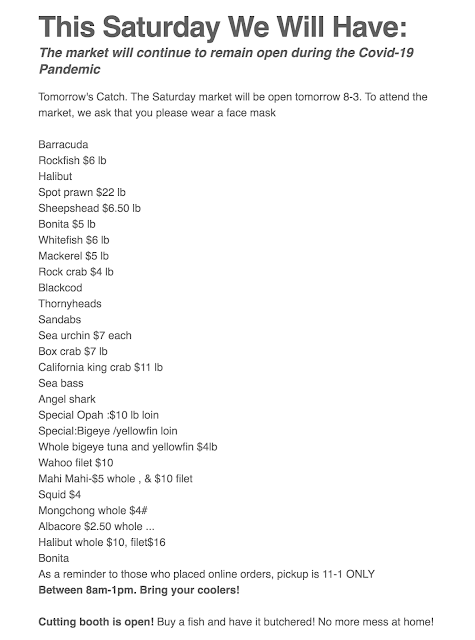 We bought Big eye tuna to eat fresh and to smoke. Black cod, whitefish too. A little wahoo. Leslie is picking up salmon too. We smoke tomorrow with friends.

Bought some halibut too. They were out of sand dabs.

Crabs looked good, so did the prawns. 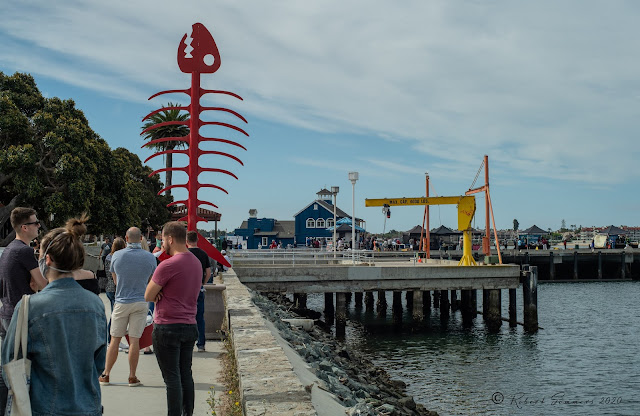 Place was packed, took a while to get in. Line all the way down to the U.S.S. Midway. Get there early. 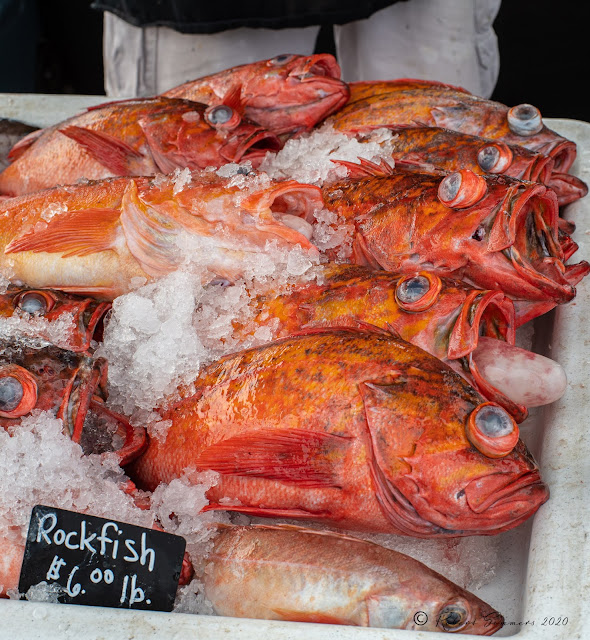 Visually rich, the fish and the people. 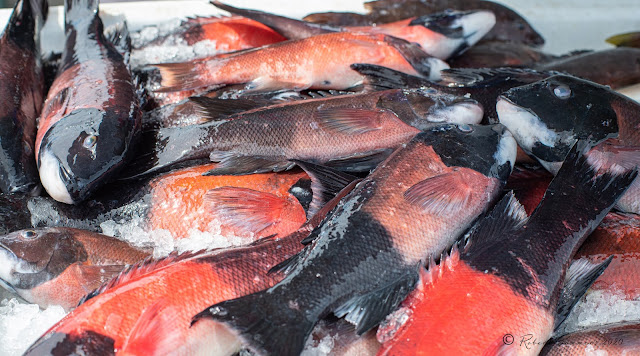 Sheepshead had a pretty hue. 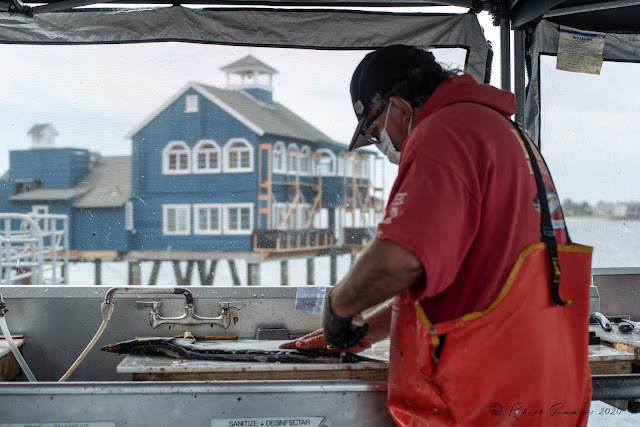 For a very small fee, they clean and split your fish for you. 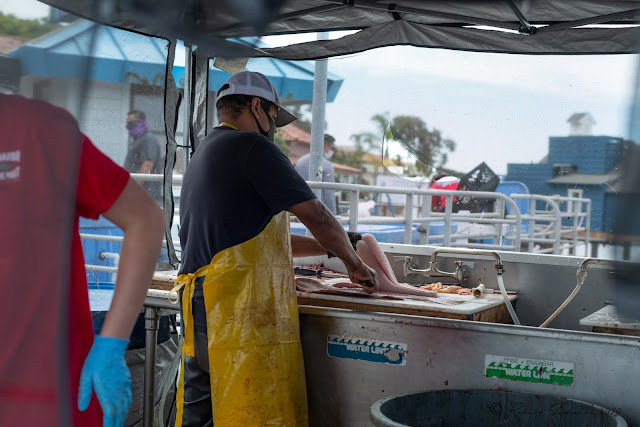 I enjoyed watching them work. I was shooting with my old nikkor 55mm 1.2. Nice to get back into the manual focus groove. 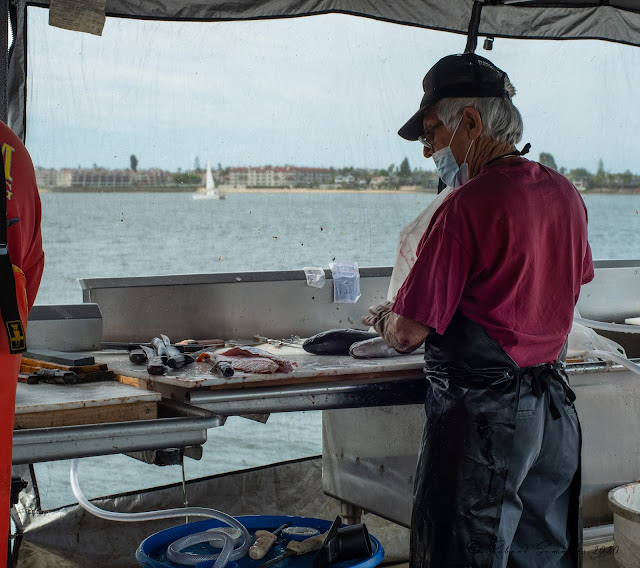 This guy cleaned our fish, an older fellow. He was very careful about keeping his workspace clean, I liked the care he showed.

I can't wait to go back. 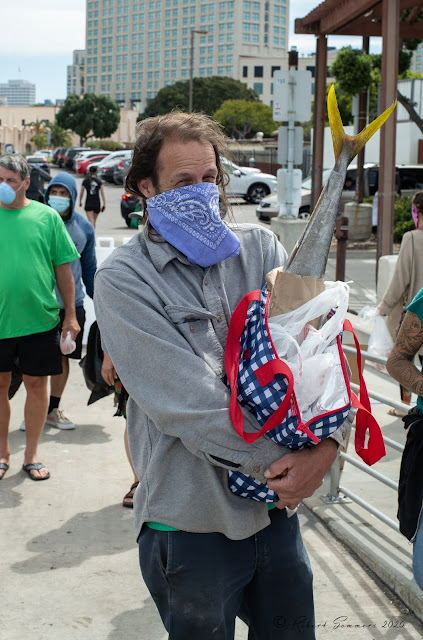 Looking forward to tomorrow too. 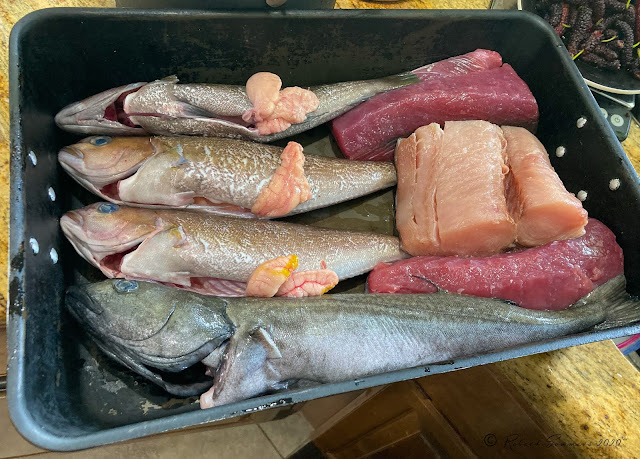 I am simply not coping with the white nationalists trashing our cities.deep emotional pain

Fun to watch the young raptor diving the pelicans: youngsters always attempt to 'bite off more than they can chew.'

Two months ago I scrounged up the money to buy an OWC Mercury Elite Pro Quad Four-Bay External Storage Enclosure. It was on sale (a customer return) for $245 (regular is $400, I think.) Then I bought four new 4TB Seagate IronWolf drives (regular, not the enterprise Pro models) for about $100 each. I've initialized them into a software RAID 5 set-up so I now have 12TB of photo storage (you lose the equivalent of one drive's size with the Raid 5). I feel I can take a deep breath on the storage front now: internal 4TB hard drive on my old Mac Pro tower for the current Lightroom catalog, nightly backups to the Raid 5 via Chronosync and a third backup on a Cal Digit external enclosure holding a 4TB drive that can Come & Go to have off-site backup capability. I have always been pretty good about keeping my pics backed up but I got tired of running out of space with lots of individual external drives doing the job. Hard to spend the money when the storage thing is good, if labor-intensive but these multi-drive enclosures have come down in price, especially if one does the work of buying items a la carte and putting it all together vs. buying it already assembled to Plug and Play.

It is hard to stay sane with the pandemic and the demonstrations going on. The birds are just fine. Anyone can look at them and they don't piss anyone off (most of the time). Keep the feathers up.

I'm not coping too well with the whities either. I mean, the ignorant violent ones who think they're better than any other ethnicity on the planet. Those ones I especially dislike.

Since I've been out of work, I find myself sleeping a lot, and during the day to escape reality. Some of my naps, like the one yesterday around 3:50 p.s something continued to 9 a.m. this morning. Sleeping is good when dreams are nice. Except the one I had before waking up this morning had a lot of ugly worms everywhere. Maybe my oversleeping is trying to tell me to stop sleeping so much.

Anyway. I love that you are too birdy. I love the shot of the crow, one of my favorite birds.

I got to raise a scrub jay in 2002. I was house-sitting for a month for friends in Ashland, OR. They had taken in a baby bird that had fallen from the nest and had obvious some kind of trauma. I seem to recall telling you this story. So, he did have a broken leg and cerebellum damage that wasn't that easy to diagnose until he was a teenage bird. The leg had to be amputated because it had grown sideways in the way of the good working leg. I never understood what he said, but he often tried to copy what I was saying. Cute little crow voice. And affectionate too. His poop was too big a slimy, otherwise I would've let him sleep with me.