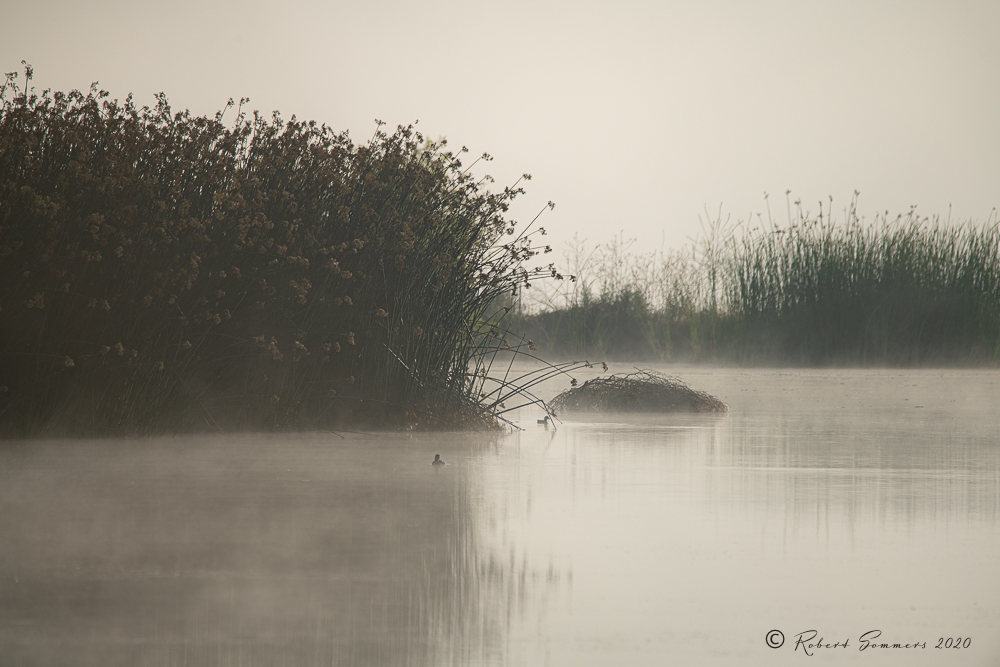 Certain photographers say that you should shoot the first two hours after sunrise and the two hours at sunset and nothing in between. My practice is not nearly so draconian but there is certainly a special beauty in the twilight hours. 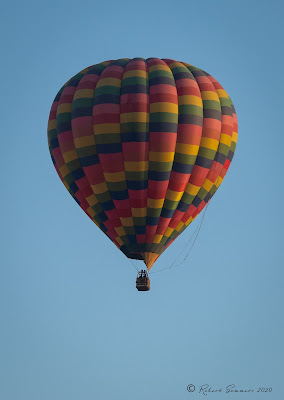 Yesterday I decided to hit my nature preserve early. I left the house at 5:30, startled a large barn owl on a tree, and took the approximately forty five minute drive north.

I watched the sun rise up over San Jacinto to the east, as did these ballooners I passed in my car, hanging my camera out the window at 75 mph. 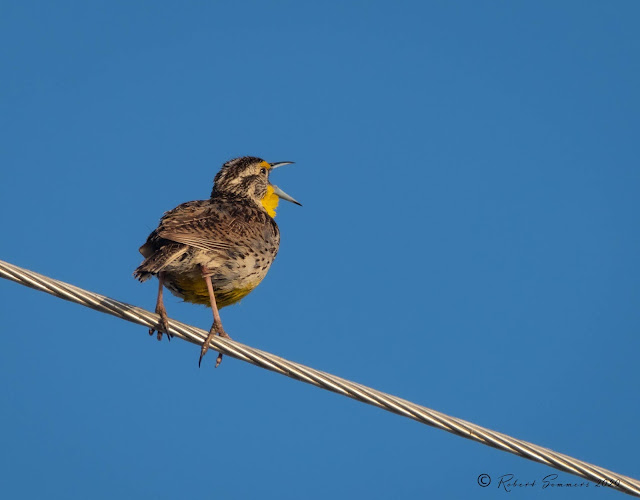 As I pulled up to my favorite side road, I rolled my window down and like clockwork was greeted by the beautiful trill of a meadowlark, who greets me at the same spot every trip. There's no more beautiful song in the world. 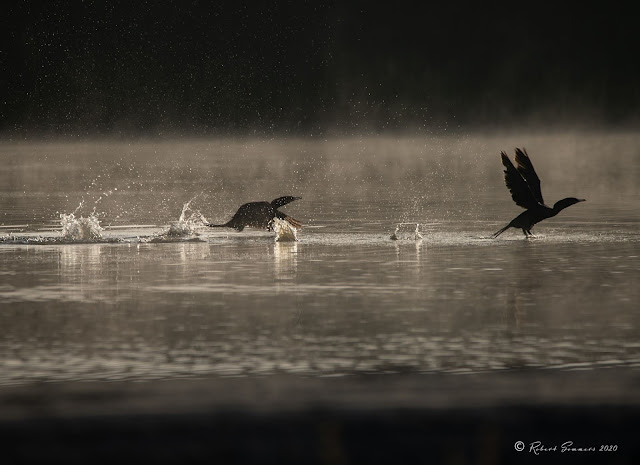 A heavy fog lay over the valleys. I got to the gate of SJWA and it was closed, it would not open for another half hour. So I drove over to the Walker Ponds and watched the mist rise up behind the levees and startled some waterfowl in the process. 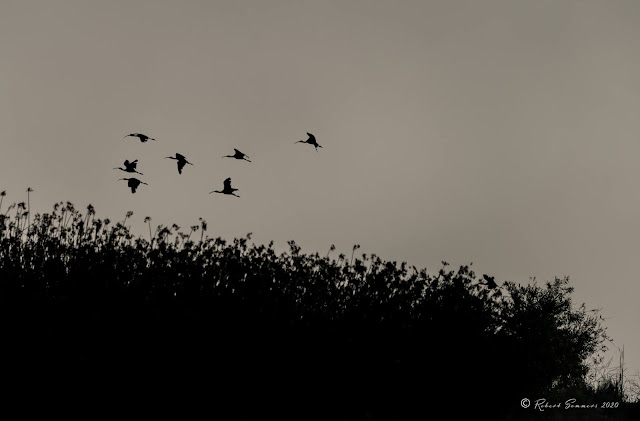 It was wonderful to be there in the cool morning hours, very peaceful. I watched a flock of ibis fly by, still silhouetted in the darkness of dawn. I waited while the sun came up and then slowly ambled back to the reserve. 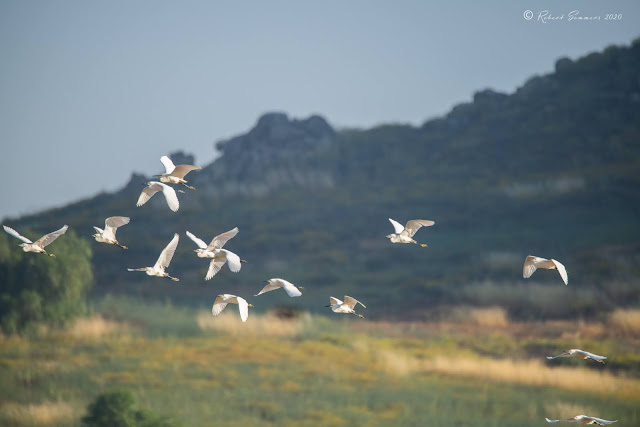 I saw a big group of egrets packed together in a levee and watched as they took off en masse over the beautiful southern California chaparral. 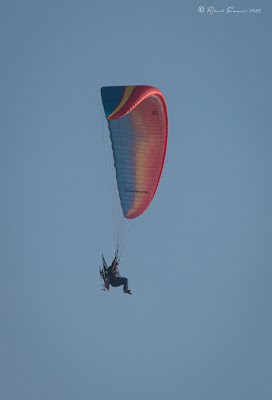 A paraglider from Perris dropped over the hill to observe the goings on as well. 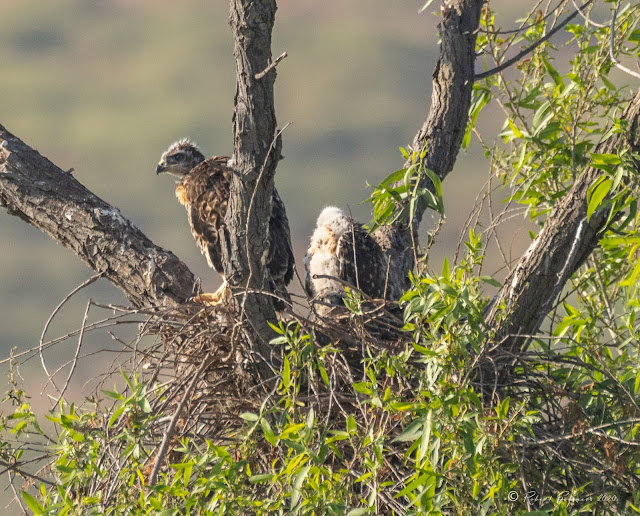 I looked in on the red tailed hawks nest, the two young eyass not too far away in development from the birds in my own valley. 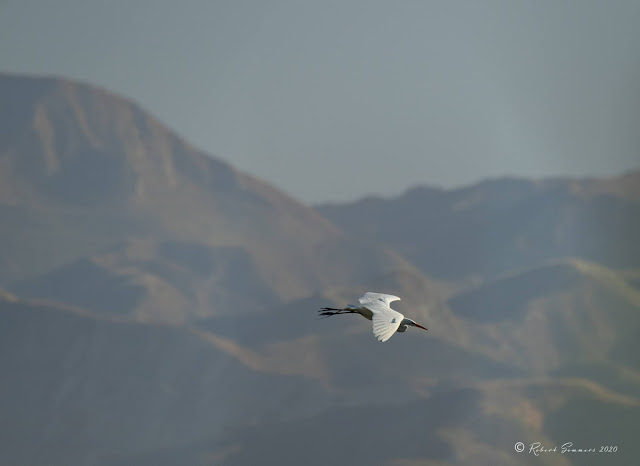 I drove over to the loop and went for a hike. I had kept the zoom on the camera all morning and would not lug the larger beast on a long walk. Checked out the beautiful tree swallows in the usual places.

I stopped to pee and at that moment saw a falcon fly off a tree perch. I could do nothing but pay attention to the matters at hand.

It was a slow day raptor wise. Not one harrier, unusual. Place is getting dryer certainly but there was still water around. This was certainly a perfect, lazy day and whatever I ran into was fine with me. 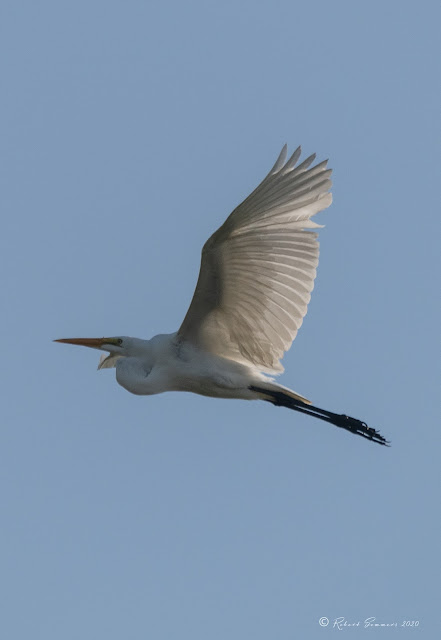 I met Chet, one of the legendary birders of Southern California and introduced myself.

Had seen him around a couple times.

Your basic awesome day. If you like this sort of thing, anyway. 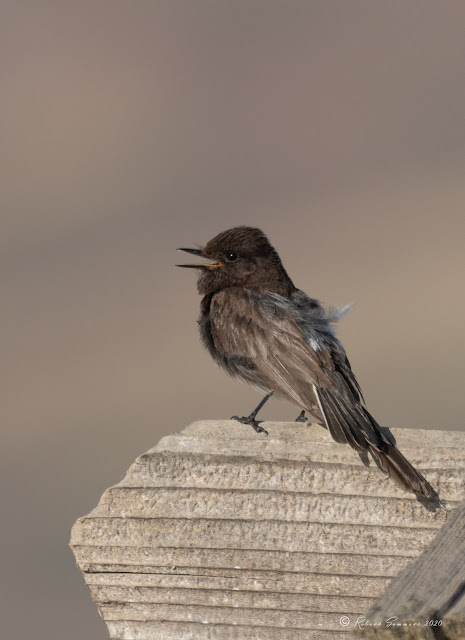 I took way too many pictures yesterday, could burn you out.

The zoom performs decently in the right lighting conditions. 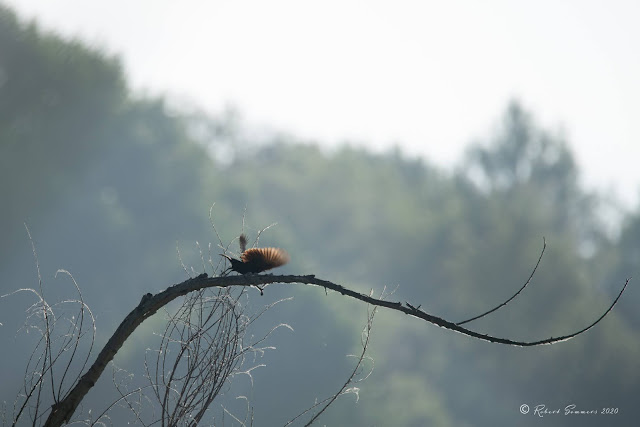 It was nice to hike before things got too hot. 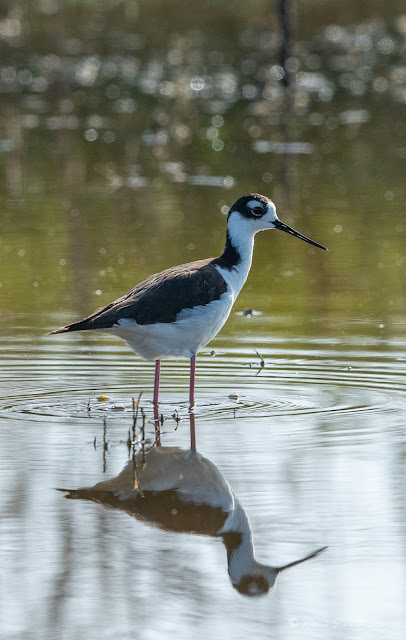 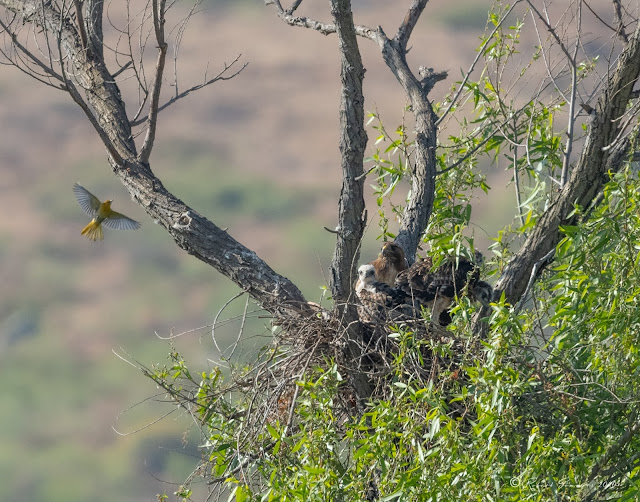 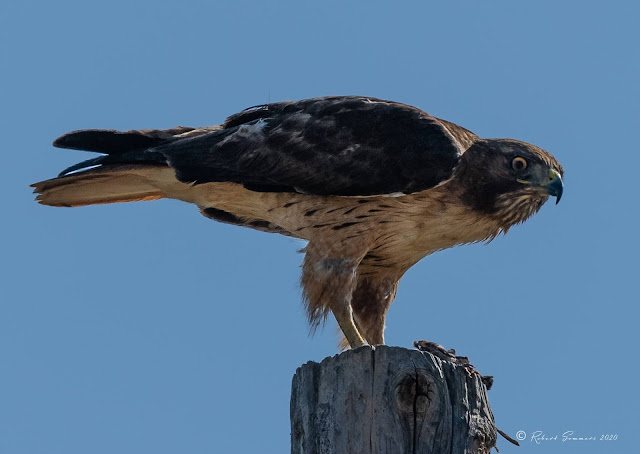 I left the preserve early enough to stop at Trader Joes and buy provisions for breakfast and Kohls for my new bird feeder pole. 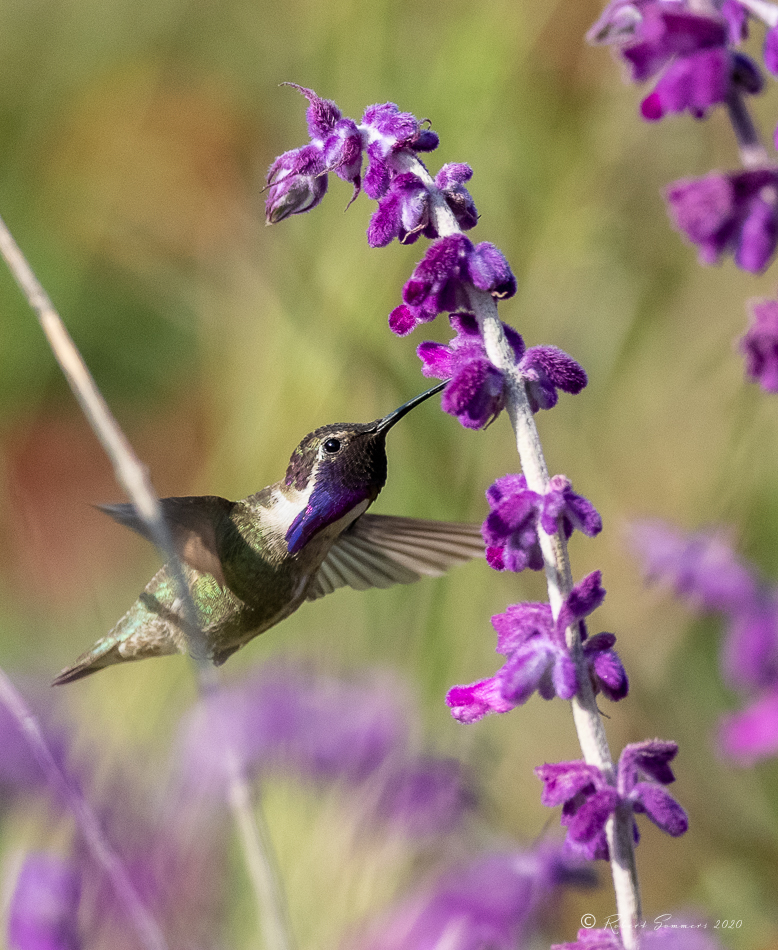 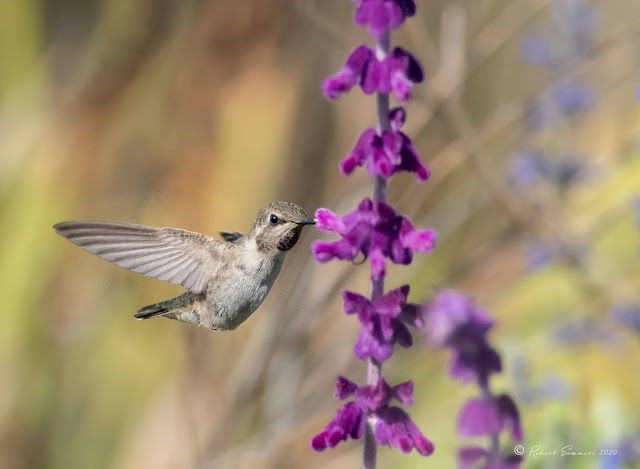 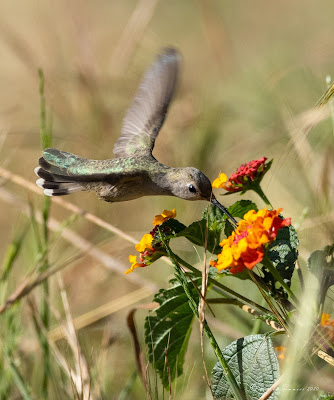 Later in the day I set up my tripod in front of the lavender and verbena and captured some pictures of various hummingbirds including Costa's which I rarely get.

Took a million shots, none of them terribly good. Think I blew my settings trying to experiment. Sometimes I need to stick with what I know. 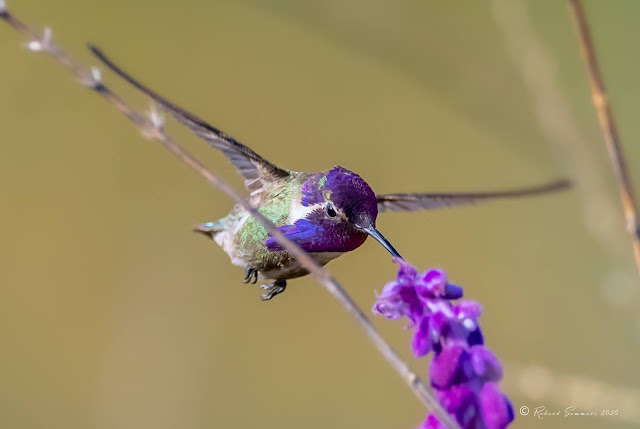 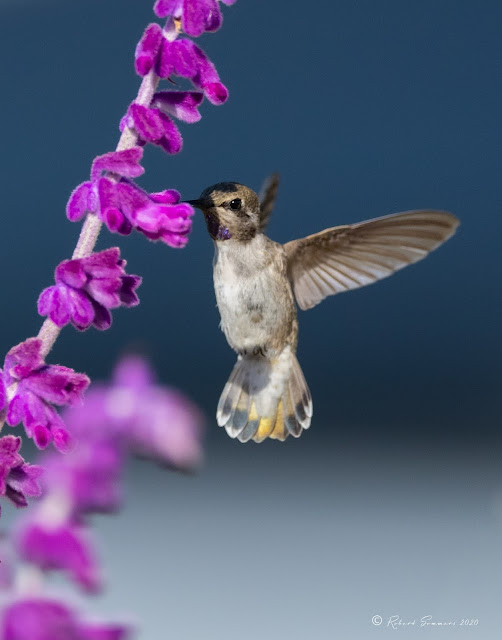 Thanks. Glad to see you are getting out. The hummer shots are excellent.

This issue is filled with delight after delight...thanks Robert.

Astonishing pictures, all wonderful. Thanks for sharing your efforts.