You couldn't make this stuff up.

You may be broke, you may be sick, your world might even be upside down. Don't worry though. Because we Americans got a new space missile coming and it's going to be super duper! Earth may be on its last legs but baby, we in the United States are going to absolutely rule the sky. 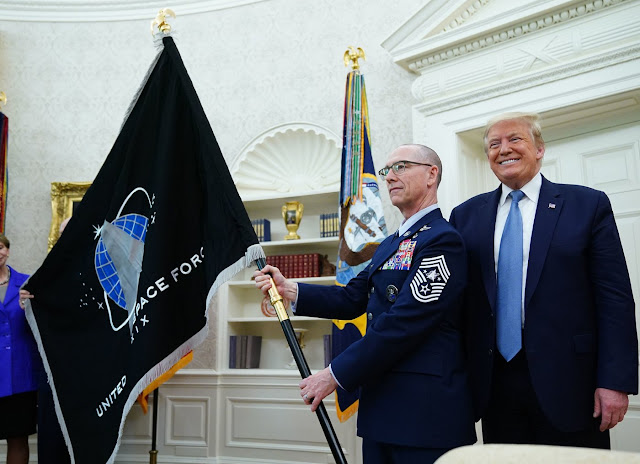 Seventeen times faster than anything the Russkies or Chinese have in their arsenal, let the new arms race begin. (Hope it comes with a microbe killing attachment.)

Rumors are that it will be an odd shaped orange missile, small but not freakishly small, with a large mushroom head, somewhat like Super Mario...
Posted by Blue Heron at 8:03 PM

I honestly did think you were making this shit up. We are so F***ed!

Now I hear he wants to develop a warhead so powerful, it will take out China with just one blast. The "Supercalifragiballistic Missle".