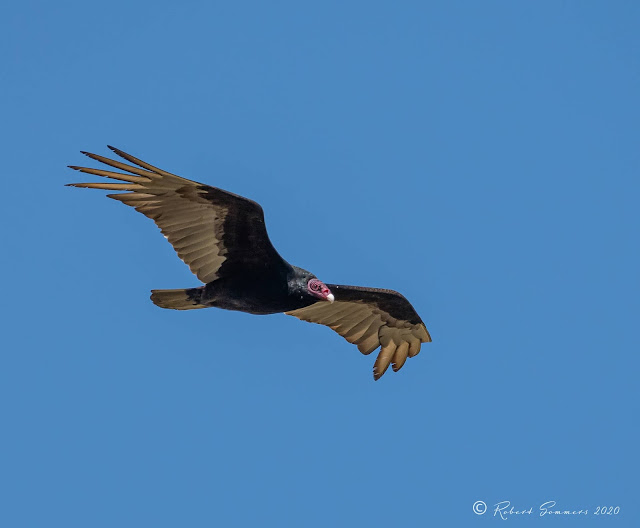 I had a fairly lazy day yesterday so I thought that I would set the tripod up in the yard and grab a couple shots of whatever flew by. Nothing too dramatic but it was fun. 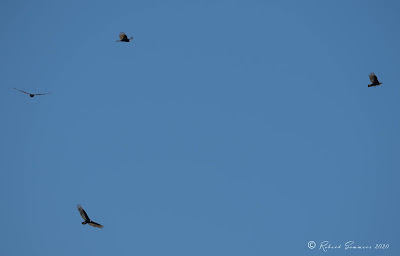 I don't shoot a lot of buzzards but a large wake of turkey vultures circled overhead and I snapped this shot of a portion of them.

Maybe I better go check on the neighbors?☠ 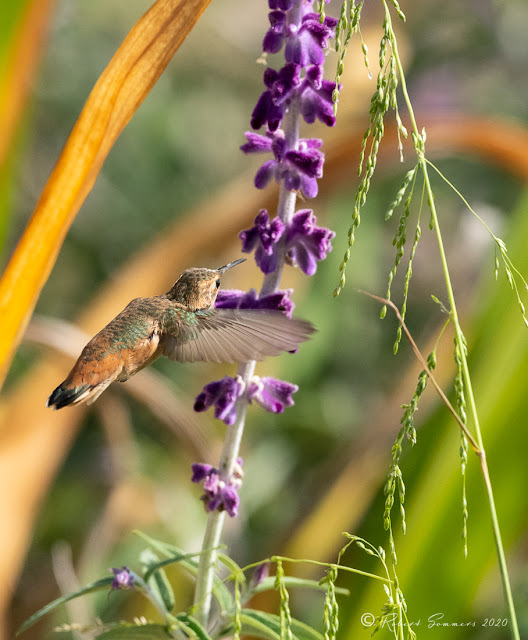 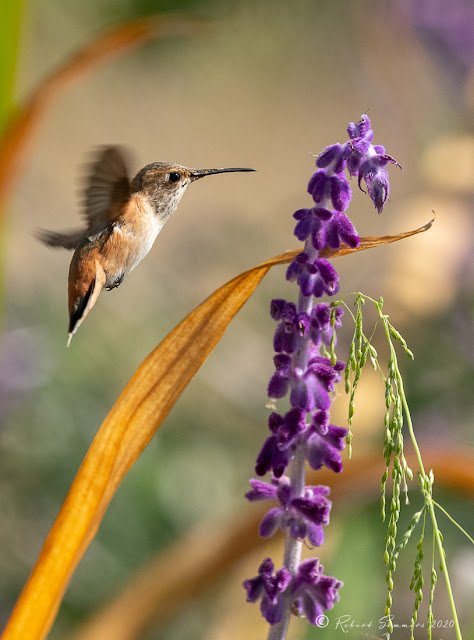 My Hong Kong orchid is blooming and I thought I would get some hummers but they wouldn't play along.

They only came out when I put the camera away, which figures. 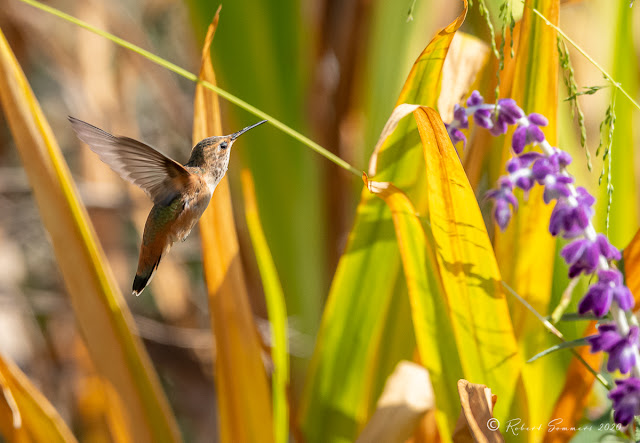 Did get this cute little male Allens hummingbird in the succulent garden. 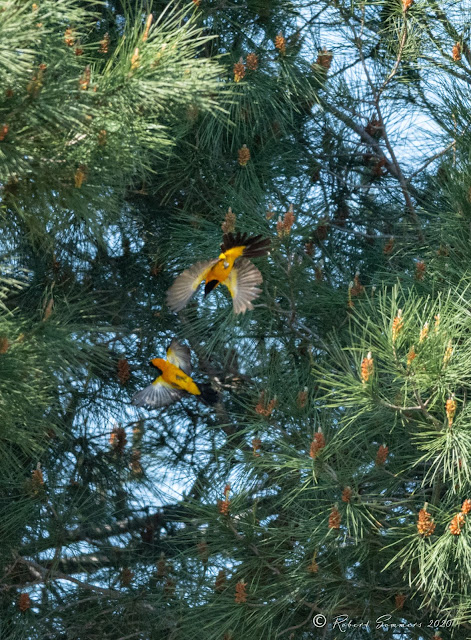 I have only seen hooded orioles in my yard all year.

In fact I saw two males in my yard playing yesterday, which answers a question I had, namely was there more than one male in play? 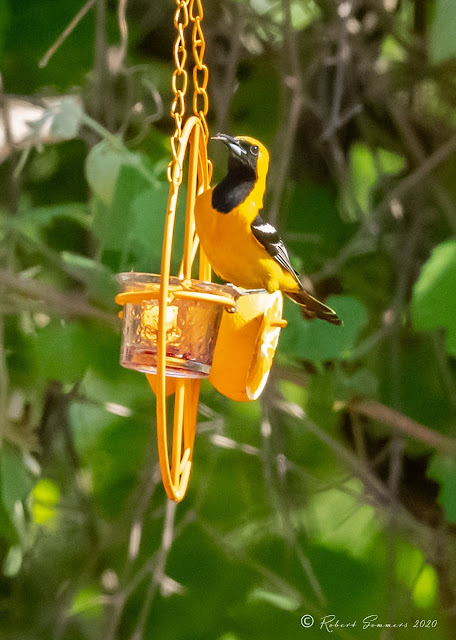 If Beth can have four I should at least get two.

Here is a pretty noisy shot of a hooded male digging out the last of the grape jelly.

I set the sprinkler up in the garden to give the hummers a spritz but there were no takers. 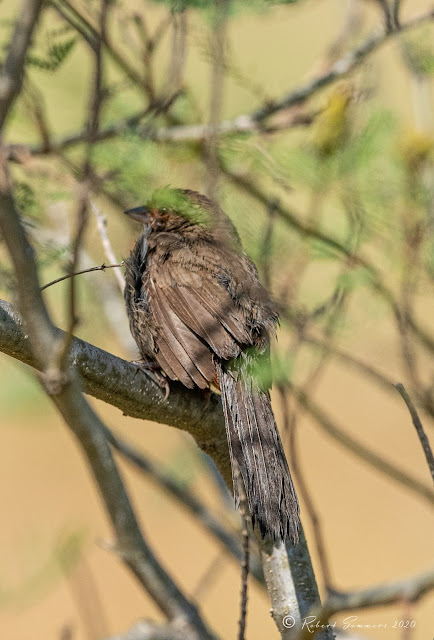 The California towhee did get a shower and then alighted on a branch of the just blooming caesalpinia gilliesii.

This shrub or tree, also known as a Mexican Bird of Paradise, has the most beautiful yellow flowers. 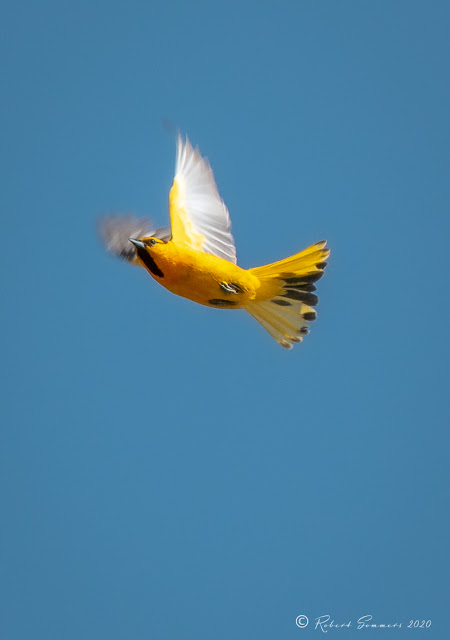 Yesterday I saw my first bullocks oriole and somehow I caught him in mid air, shooting the relatively low speed of 1/640th. I am patting myself on the back for the capture. Do you see the line that extends from the back of his eye? That is the tell. 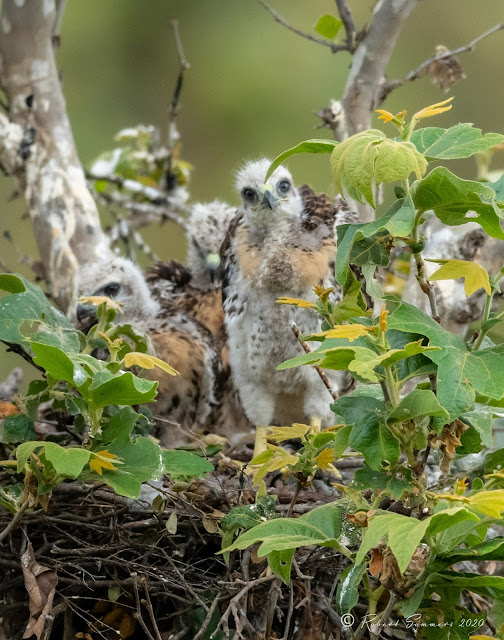 Not much else to offer. 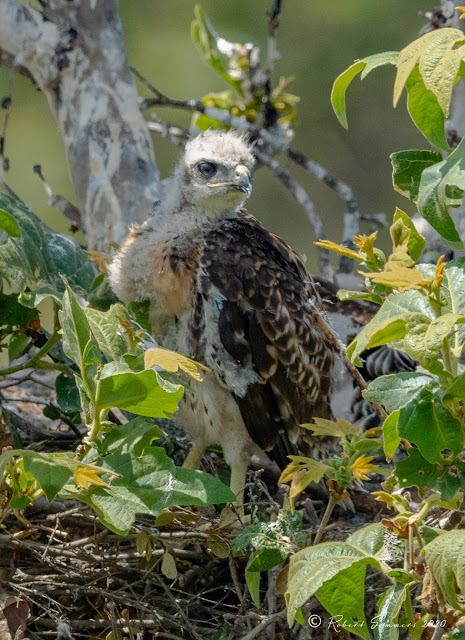 I can report that all three hawklings are thriving, present and accounted for. 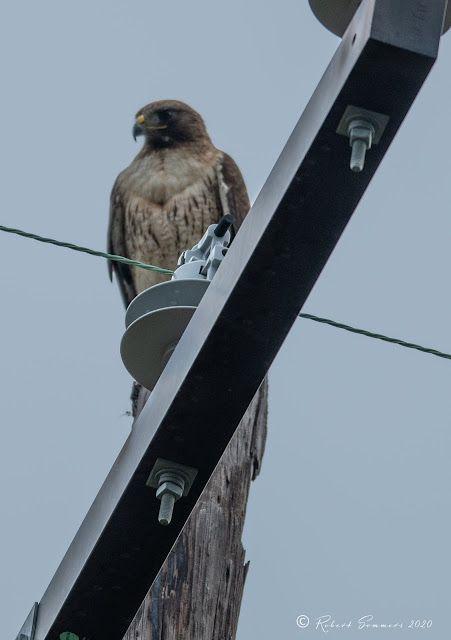 Mother keeps a watchful eye up top.
Posted by Blue Heron at 11:31 AM

Thanks, really enjoyed all the photos.