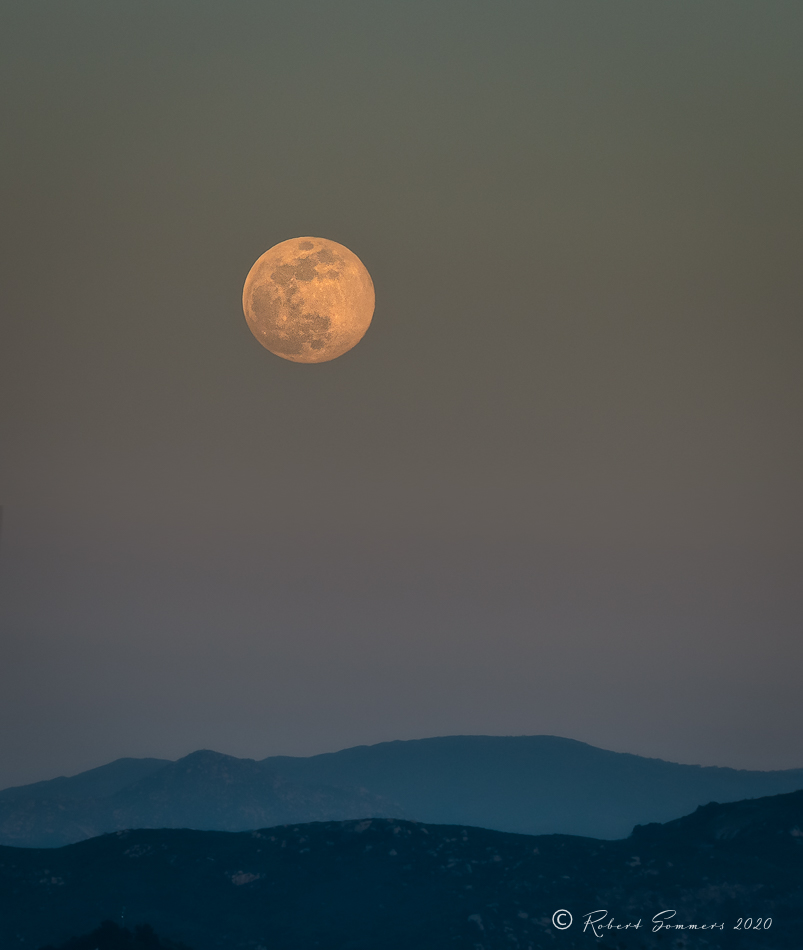 Leslie and I drove over to the Fallbrook Airport last night and watched the moon rise over the mountains to the east. It was her idea. There was a lot of haze but we made do. 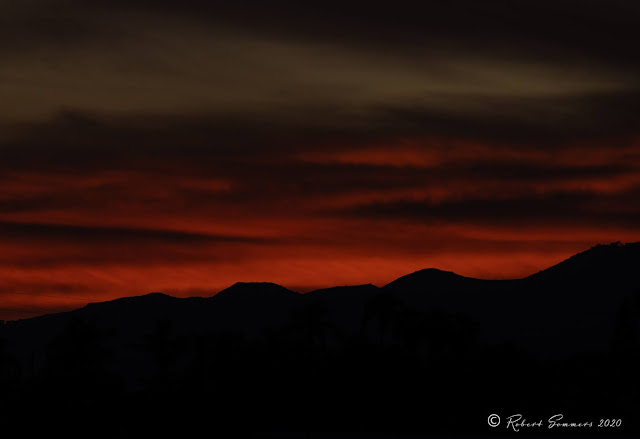 This spot grants one of the best vantages in Fallbrook and we got to see a nice fiery sunset too in the other direction. Our friend Patricio showed up, a long time astronomy buff, and assembled his telescope on the gravel knoll. A pilot/astronomy buff we had never met before stopped by and we all had a nice chat. 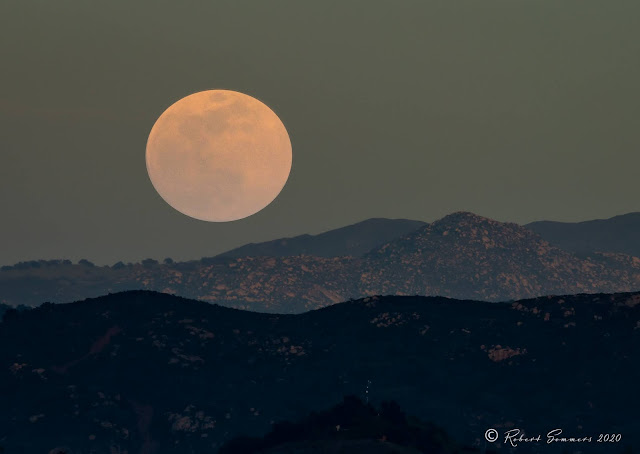 I was hoping that one of the many crows around would fly across the moon and just missed. Very difficult birds to train.

My output was mixed, for a variety or reasons, the first, as usual, probably ineptitude.

I don't do enough of this sort of work, perhaps I should have put the converter on?

In any case I don't believe in making perfect the enemy of the good and I am reasonably happy. 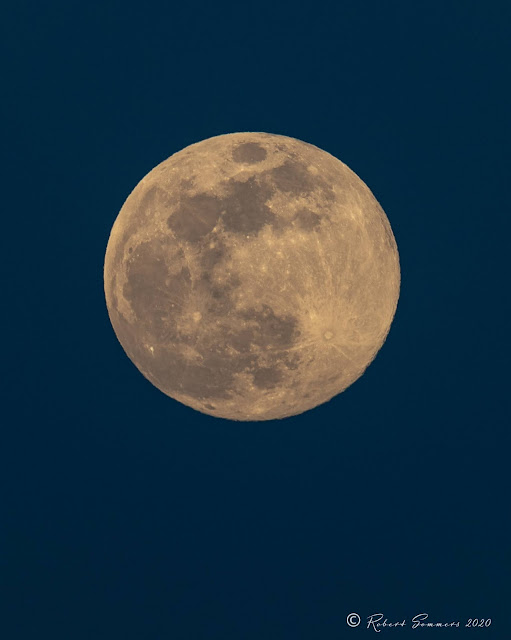 Do you know how a lot of photographers shoot the moon in a landscape in low evening light?

They expose a shot for the landscape and then they shoot a separate shot of the moon perfectly exposed.

Then they put them together in a technique called compositing.

Then the moon can be as big and bright as they want it and they can stick it where they damn well please.

I won't do that. I think it is cheating and I also think that it is cheesy and dishonest.

But everybody makes their own rules, figures out what is right for themselves.

My closeup work lacked a little of the good definition of last month's work.

I probably should have taken the vr off on the tripod. Will have to have a look at last month's settings and see what I did differently.

Might just be a different angle that makes the crater angle problematic. Live and hopefully learn. 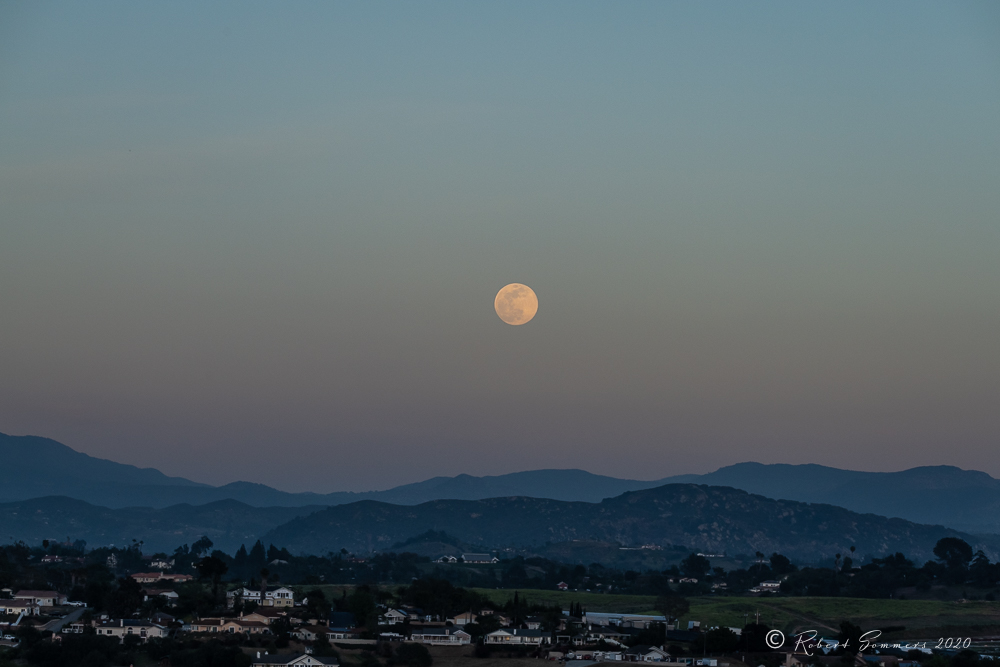 It was nice of the Flower Moon to show up and shine over our fair little town. I have been getting some nice shots of various things from you kind folks, including pictures of Luna here, and will post later.
Posted by Blue Heron at 11:24 AM

In my first B & W film photo class we learned how to swap a moon into a photo using two negative and a dime. Thus I never minded swapping moons out as it is so often necessary. Your sensor has a very long contrast range I believe and this probably helps a lot. Shorter contrast ranges make life harder.

We all have our tolerances. Cartier Bresson would not even crop. I won't stick moons up. Unless there are multiple moons in the picture of course...

Well there is something to not messing with the negative or the capture. In this era of intense over processing of pictures I think the less manipulated image has a lot to offer. Images that look like a person could have seen them with eyes are getting rarer and rarer. I adhere to this catechism until it is no longer convenient, then I blaspheme :-)

Fiction can be found anywhere. Thanks for keeping it real.