Not to be eaten

People eat strange stuff. And sometimes it kills them. 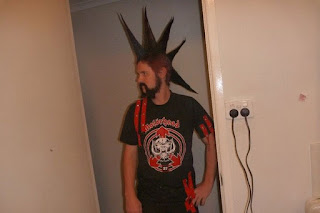 This poor Australian ate a gecko on a dare and died in excruciating pain nine days later. Rotted him from the insides out. He contracted salmonella and may have also ingested a Spirometra tapeworm.


Within days of necking the lizard the 34-year-old was vomiting green bile and his testicles had swollen to the size of grapefruits, with a strange liquid leaking from them. 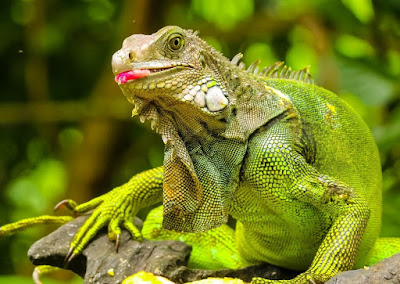 I definitely won't be eating geckos anytime soon. Although I may snack on an iguana or two. They are invading Florida at the moment and are supposedly quite delicious.


“You just have to try it, though,” said Brittany Peters, who during a recent trip to South Florida made an iguana-inspired meal for the first time.
With no experience cooking the beasties, Peters went with a simpler route than roasting the meat over an open flame — she made burritos. Peters shot two green iguanas in the Keys, then skinned, boiled and sauteed the meat at her relatives’ home in Fort Lauderdale.
She boiled the skinned body for about an hour, then picked off the tender meat. She added a chili-lime seasoning from Trader Joe’s before sauteing it with onions.
Peters paired the white meat with sour cream, cilantro, avocado and lime for a “delicious” reptile burrito.

Thanks but I will skip the onions. I started researching weird animals that will kill you if ingested this morning. Not an extensive list but some surprises for sure. Who knew that eating marmot was bad for you? Great way to get the bubonic plague.

Years ago I think I mistakenly ate a dog or monkey burger in the Yucatan. Very, very sick for weeks. Monkey brains are no good either. You run the risk of contracting Creutzfeldt-Jakob disease, a neurodegenerative disorder similar to Mad Cow disease, which causes progressive dementia, impaired vision, depression, and eventually kills you. No thanks.

The Anaang people of southeastern Nigeria and southwestern Cameroon have a ritual where they install a new tribal chief who would eat gorilla brain while another senior member of the tribe consumed the heart. Simian brains and human brains can both carry encephalitis so it is probably not a good idea to go the cannibalism route either. 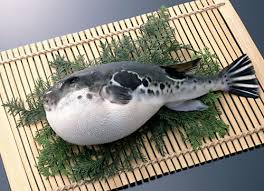 And if you are foolish enough to eat Fugu, the pufferfish, revered in asian cuisine, understand that it contains the poison tetrodotoxin which has no cure and will wreak havoc with your neurological systems and also causes paralysis and death.

Might want to look at your sushi preparer's credentials one more time before you snack on fugu.

The closest I ever came to being killed by my food was when I killed a rattlesnake and decided to eat it when I was thirteen. I deboned it and cut it in sections, then fried it in butter in a heavy cast iron pan. Delicious but I neglected to get all the bones out and a large one got lodged in my throat like a huge sideways potato chip. I choked for a minute or two and thought I was done for. Horrible sensation, one that I will never forget.

Made a vow never to do something that stupid again and made a pact with them, they don't eat me and I won't eat them.
Posted by Blue Heron at 9:39 AM

A fine young lad of 13 indeed, with a small streak of culinary adventure to boot. Sounds like our man Blue Heron alright.