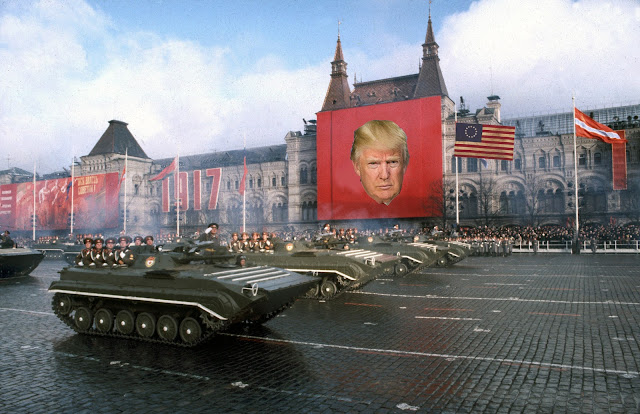 People who thought that America was going to be treated to a full scale Stalinist style military parade yesterday were rudely mistaken.

Trump may have wanted to do that very thing initially but the incoming shrapnel was already so heavy even the normally teflon don was gun shy.

Besides those tanks wreak havoc on the streets. And the Sherman tanks are really expensive, even the new ones. 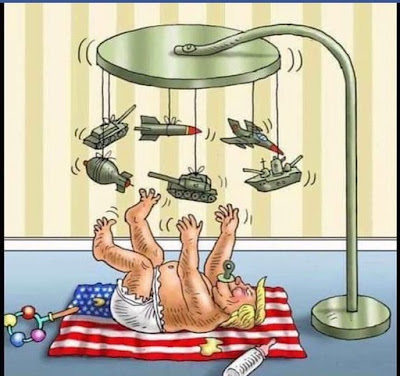 So give him credit, he toned down the partisanship and threw a decent parade. Or so I am told anyway. I didn't watch.

Maybe he is gaining some introspective qualities finally, who knows? But it could have been much worse.

I think Trump is desperate to be liked and respected. The fact that he is so greatly hated and disrespected by so many people, rightly or wrongly, has to gnaw at him.

One of the problems with this guy of course, is that he likes to stiff the contractors and hired help. His business dealings were littered with the corpses of people he screwed.

And that hasn't changed. He left El Paso with a $470,000 bill after his campaign rally which still hasn't been paid. And they are not alone.


At least nine other city governments — from Mesa, Arizona, to Erie, Pennsylvania — are still waiting for Trump to pay public safety-related invoices they’ve sent his presidential campaign committee in connection with his political rallies, according to interviews with local officials and municipal records obtained by the Center for Public Integrity.
Some invoices are three years old. In all, city governments say Trump’s campaign owes them at least $841,219.

He owes San Diego a bunch too, for guarding the proposed border wall prototypes. Over $278,000 for law enforcement to protect them in construction and over $700,000 in overtime costs. Or maybe it is even more than that. 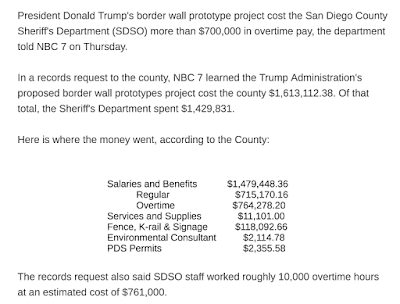 Dude, pay your bills. We San Diegans don't want your stupid wall but if you are going to order it, at least pay for it.

People will like you better.
Posted by Blue Heron at 10:31 AM