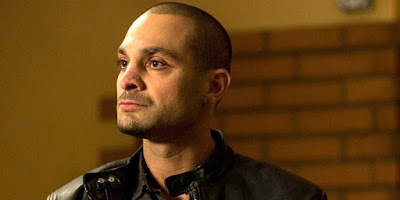 I've got a little problem. I live way out in the country and depend on a rural dish company, San Diego Broadband, for movie viewing.

While my Amazon Firestick lets me get some shows, there are certain networks that are off limits to me.

I have watched the first four seasons of Better Call Saul on Netflix. Unfortunately it took over a year after the initial release to get Season Four, which I binged last month.

The prize winning series streams on AMC, which I can't get signed on to because I have no tv provider. Strangely, last week I was able to stream the first episode of Season 5 on AMC. But I tried to watch the second one and discovered that it was futile, they had given me the first one for free like you would give crack to an addict and then slammed the virtual door in my face.

So I was hoping that some kind soul would let me come by and you know, watch an episode or two. I promise to keep my feet off the furniture and not raid the fridge. I asked my coffee group on Saturday and was met with peals of laughter and utter rejection, to a man. So hat in hand, I will repeat my request to you, my faithful readership. Just an episode or two, don't make me wait an entire year. If you didn't notice, I am begging here.
Posted by Blue Heron at 8:30 PM

Come on by. I'll even feed you.