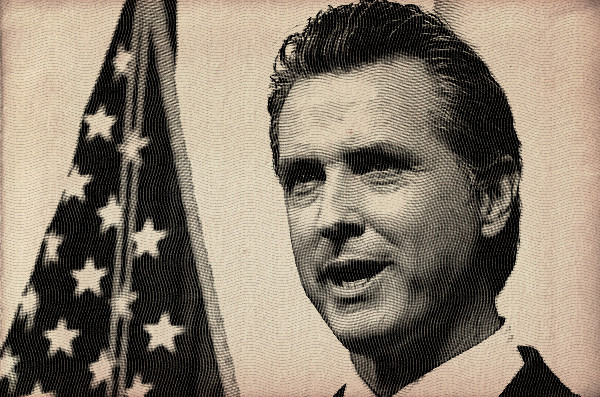 I have to admit that I was not a big Gavin Newsom fan before. He never showed me much and I stupidly bought into other people's tropes and opinions about him (rich kid, Getty, Zuckerberg, etc.)

Well that's changing. I listened to the California Governor's midday address today and I couldn't be more impressed with both his words and his actions.

Very intelligent, very sincere. Kind of man we need at the helm in times like this. Bold and decisive. Not the false cartoon I had stored in my brain.

I shudder to think of what would have happened to my state if we had a governor here like they do in Florida. We caught a break in the Golden State when he took precipitous action early rather than too late.

I read once that heroes are made by difficult circumstances, never born. And I think that is true. Leadership is a trial by fire and unfortunately, as we see today in Washington, few are up to the job.

I remember seeing a great documentary on President Chester Arthur on PBS a few years ago. It was excellent, if you can, try to find it and watch. Arthur was part of Senator Conkling's big and very corrupt New York machine and a friend of Boss Tweed. He became Vice President on a ticket with James Garfield and assumed the presidency after James Garfield was assassinated. And people rightly feared the worst. Nobody thought he would amount to a hill of beans. Thought he would carry water for the political machine. But Arthur rose to the occasion and became a very good if not great president and was pretty much loved by all.


"No man ever entered the Presidency so profoundly and widely distrusted as Chester Alan Arthur, and no one ever retired… more generally respected, alike by political friend and foe." Alexander McClure

I am sure that there are heroes among us right now. These are the times in which such men and women are forged.
Posted by Blue Heron at 1:23 PM

I saw the same thing you saw re: Newsom. You are correct about his leadership.... in my humble opinion.

Who's the first class ass who posted the Gray Davis comment? Davis got eaten by Enron insider PG &E rape of California after Pete Wilson did the nasty and deregulated the utilities.