Since we are only weeks away from having little red tailed hawk babies in the new nest, perhaps we should brush up a little on our knowledge of the species.

Red tailed hawks (buteo jamaicencis) normally mate for life. The gestation period for the eggs is between 28 and 40 days. I figure our current clutch has been set on for about 18 days at this point. The number of eggs is usually between one and four but I have personally never seen more than three young hatchlings in my long viewing experience and it is usually two. I think there is an innate genetic "knowledge" about how many birds can be successfully sustained by the habitat. Eggs are laid every two to three days and the final group is called a "clutch." First laid, first hatched. Young birds are called an "eyass." Pipping is what happens when the young chick first breaks out of its shell. Female raptors of all kinds tend to be larger than males, including this species. Red tailed hawks start breeding when they are around three years of age, the time it takes for the species to reach maturity. The hawks get their eponymous red tail after their second year. It takes about two weeks for the chicks to sit up in the nest, about four weeks to stretch their wings and exercise. The development of the necessary muscles and wings for flying is called fledging. More on that and other hawk stuff here. They usually leave the nest after around six weeks, at which point the young start to capture their own prey. The parents will continue to supplement their diet for several weeks. The oldest known wild red tailed was found to be near or over thirty years of age. In my experience, at least locally, red tailed tend to favor sycamores for their nests while red shouldered like eucalyptus and conifers.Unlike Coopers hawks and red shouldered hawks, red tailed tend to only eat mammals, reptiles and amphibians, so you don't see them at your feeder. 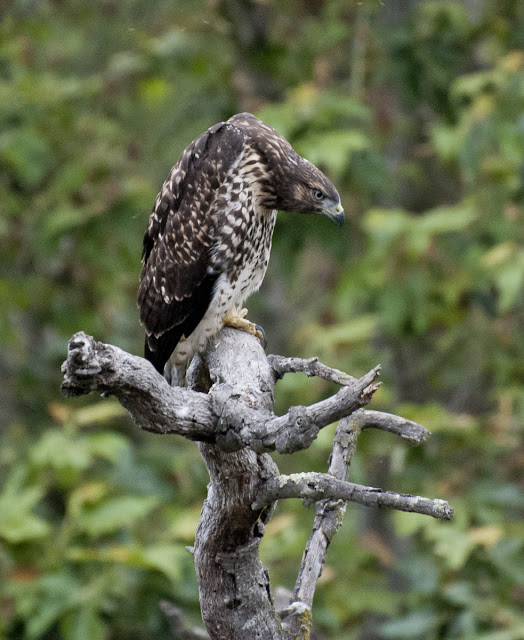 The young birds like to hang out on relatively low dead branches and structure initially. They often go through a very geeky period while losing their white baby feathers. When they leave the nest, they are usually gone forever. Red tailed hawks come in a variety of color patterns or "morphs" and are segregated into fourteen separate subspecies. The western population is mostly what is termed B.J. calurus and comes in a light, dark or an intermediate shade called rufous. Calarus is further divided into two sub species, Canadian or Northern Red-tailed Hawk (Buteo jamaicensis abieticolus) and Saint Lucas Red-tail (Buteo jamaicensis lucasanus) a disputed species from Baja first taken and described in 1859. 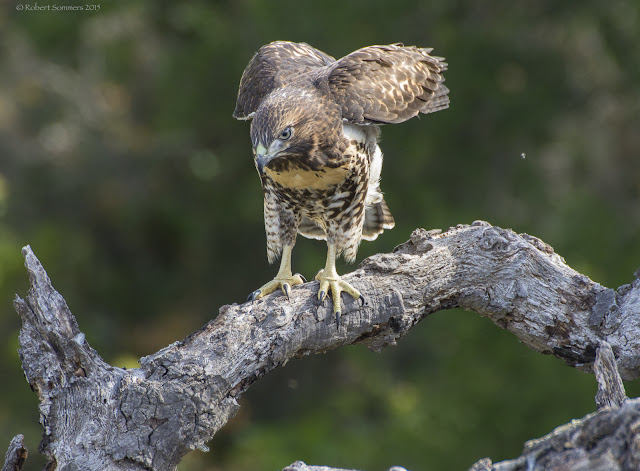 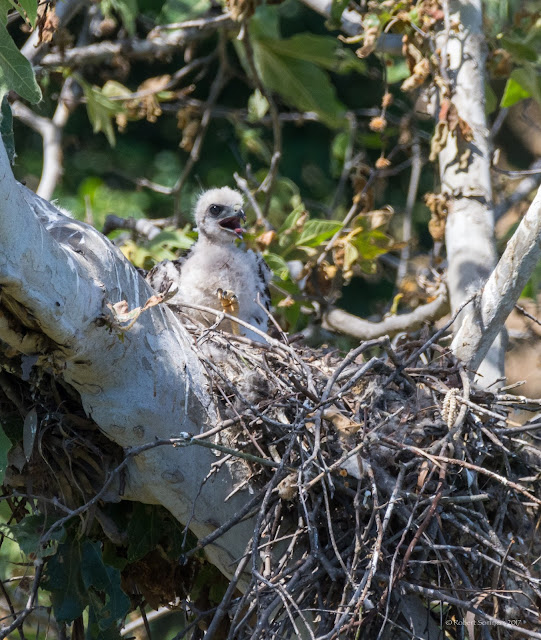 As I am sure you can tell, I am getting excited about the prospect of new chicks! 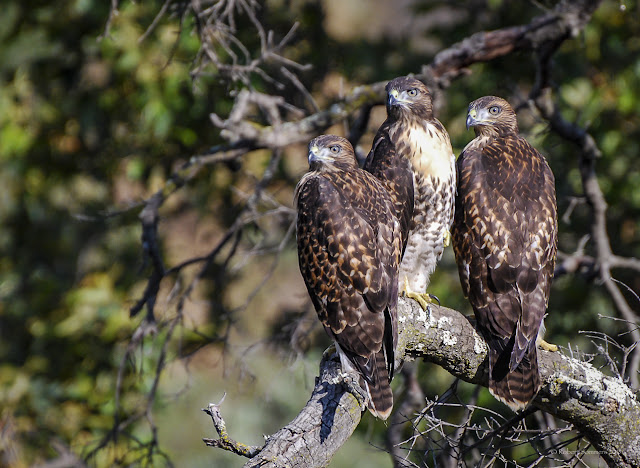 And we are excited to watch. They capture your heart when they fly by, even the turkey vultures are so graceful so beautiful. Till you get up close to them. Deli guy

did you ever end up using any of the shots I sent for your bathroom mural?

Thank you so much, dear Robert… I loved reading this very interesting article!