Do you know who Dr. Kurt Kloss is?  Well, he was the guy who was giving the President all the bad early Corona virus medical advice. Thing will blow over, nothing to see here. See, he is an emergency room doctor in New York and his daughter, internationally known model Karlie Kloss, is married to businessman Joshua Kushner, the younger brother of Jared Kushner, the president's son in law. Get it?  Really, who would know better than him about epidemics?

So when the Donald needed medical advice, he said screw the experts, I've already disbanded the Pandemic team, Dr. Azar talks when he is not supposed to, Fauci disagrees with me, Jackson's probably drunk, how do I know the NIH isn't part of the Deep State? I know, why not crowd source the information I need from Dr. Kloss's Facebook page? Why, we're practically mishpucha at this point.

Well, we know how things went, we didn't have it fairly well contained and it wasn't in the same league as the flu. It had a 1% mortality rate not .01% and I know it's just a stupid zero but it apparently makes a big difference.

This sort of screw the experts, I'll ask the gardener's brother in law his advice stuff has long been a hallmark of this administration. As Rick Santorum so ably explains the phenomenon in this great article at Vox, watch out for the smart people, you can't trust them. After all, they aren't our base.


“We will never have the elite smart people on our side,” as former US Senator Rick Santorum put it in a 2012 speech, “because they believe they should have the power to tell you what to do.” 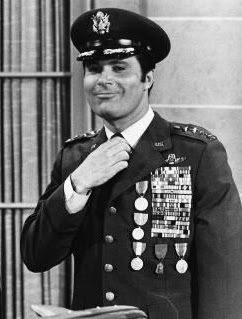 They always want to tell you what to do and everything. Better to go with Uncle Sal in Teaneck. Stick with the dummies.

So the guy that flies your private Gulfstream can be Secretary of the Air Force, the woman who plans your parties can run Health and Human Services, give the son in law an easy job like solving the Middle East peace problem. After all, he's a jew, they're supposed to be smart.

The Trump version of idiocracy is nothing if not populist in nature.

Yesterday I couldn't spell expert, now I are one. And it comes from the top, the President has hunches see, he is a better scientist, mathematician, doctor, well he is naturally better and smarter at just about everything than the rest of us.

Unfortunately we are witness to what really happens when the idiots are running the asylum and the experts shunted off into oblivion. See Gross misjudgment: Experts say Trump's decision to disband pandemic team hindered coronavirus response in today's USA today.

Sometimes I guess you have to leave the icky parts to the grown ups and the real experts. Uncle Sal can still run the casinos. Hopefully we can all get out of here safely before the chickens come home to roost.