Listening to the Trumpers suggest the other day that the best way to stop the Corona virus was to build a big border wall kept me in stitches. The little pathogen wouldn't dare breach the wall, would it? Damn foreigners.

But it also made me think of of one of my favorite episodes of the Beverly Hillbillies, actually it was a three parter in Season nine, episode 13, it originally aired in 1971. 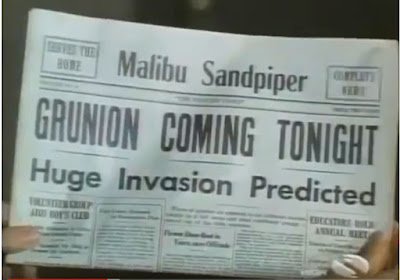 Uncle Jed wanted to grant a whole bunch of money to oceanography research so his banker, Mr. Drysdale, afraid that he would lose the dough, convinced the family that California was going to be invaded by evil grunions from the island of Grun. 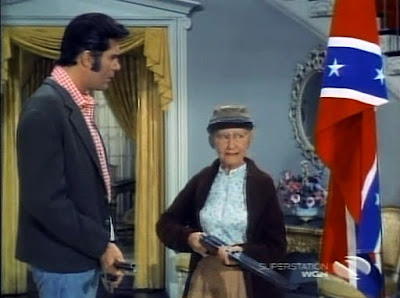 Not the fish but an invading army of foreigners.  Granny loads up the shotgun and the stars and bars and the Clampetts head to the beach to protect the country. Grunion turn out to be a bunch of hippy surfers.

I haven't watched it in decades but it was great t.v.. Probably my favorite episode ever, right there with the time Jethro gets his own tank. By the way, the actual grunion are running tonight and then again on March 24 through the 27th. Defend the motherland!
Posted by Blue Heron at 5:13 PM

When I was a, child a few times my dad and his buddies would take us, my sister, and his buddy and his kids to Torrance Beach to catch grunions. I actually one or two, but instantly felt sad after I put them in the bucket as they wiggled around not wanting to be in there. Then, coming home so late and being tired, I didn't feel like cleaning off the sand on my leg and feet. Sand at the end of the bed is not a comfy feeling.