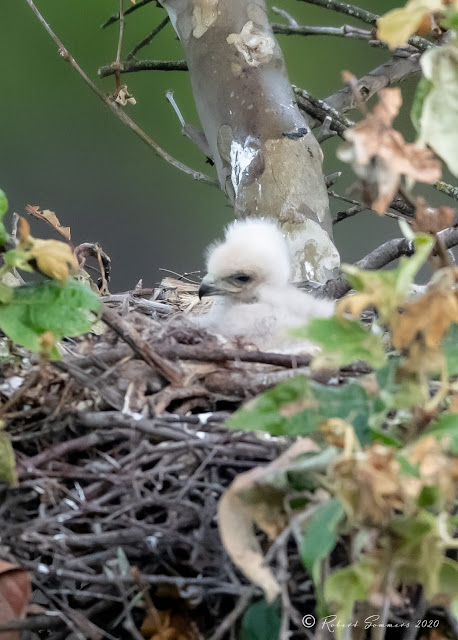 I have been taking pictures of birds and specifically raptors since the 1980's.

When I went to East Africa in 1989, I shot pictures of crested eagles, kites and maribou storks.

My equipment was very antiquated back then, I shot film with a Konica FT -2 and my knowledge and technique were pretty dreadful. My longest lens was 135mm. Still I managed to get some very good shots. Lucky I guess.

I can not tell you how many shots of hawks, falcons, eagles, owls, kites and other raptors I have taken over the years. I myself do not know but I would assume well over fifty thousand, maybe many more.

I do not personally know any photographers that have taken more pictures of raptors than I have. Do you?


Many of those pictures required a lot of time spent out in the field, much patience and a lot of waiting for what photographers like to call the "critical or decisive moment."

Never in that time have I harassed or disturbed the birds, preferring to keep as silent and neutral as possible. I respect them and their space. Now I am not a professional biologist but I have definitely had a lifelong fascination with the natural world. Spent a lot of time out in the flora and fauna. That is why I live where I do.

So I was quite taken aback the other day when a man I had never met, stopped his truck near where my tripod was set up and started berating me. He told me that I could only photograph the nest for fifteen minutes. I asked him by what authority he had to make that arbitrary determination and he stammered a bit and said SMER. Now SMER is an ecological reserve located at the end of my road, a good distance away, technically even in another county, I believe. He said that the edict came down from an expert birder that I know and respect there, whose name is not really important to mention.

Now the nest is technically on land that is currently administered by the Wildlands Conservancy, not SMER. The latter has absolutely no jurisdiction. The Wildlands people have seen me taking photographs and have been extremely nice and have never said a negative word. And my tripod was not even on their property, it was on a county road.

So I was very bothered by this man, who was yelling at me about my sense of entitlement and my somehow disturbing the nest because he saw me there for a split second when he drove his trash can in and out of the valley. The conversation was contentious and devolved from there. And I am frankly, still spitting nails.

I have been in the Santa Margarita River valley for thirty one years and the next valley over for the previous ten. In the old days I would often ride my horse from Rainbow Glen through what is now the Santa Margarita Ecological Reserve, past my current property and then back through the Chaffin property in a big loop. The reserve was nothing back then but a wonderful place to ride and hike. Eventually a chain was put on the entrance. The man who administered it was a math professor at San Diego State if I remember correctly. I drove down to the college one day and he gave me my own key. Forget his name at this point but we had a great relationship. Maybe it was Richard.

Things changed. Twenty years ago the SMER property was sealed off and we local residents, some whose families had been using the trails since the turn of the previous century, were no longer able to get access. But oh well, things change. That is life, I guess. No more trail riding to Rainbow Glen. No more trips to Morgan Springs or hikes through the beautiful oaks. No more hikes to the waterfall past Henderson's with my dog.

We were no longer welcome. They asserted their ownership and we were on the outside looking in. Things were mostly good with the new team, I guess, except of course when they decided to move their buildings out without telling us and sealed the ten or so families that live in the valley in for three days. See Lousy Neighbors. Matt Rahn and I got into an epic screaming match in my shop. Seldom if ever have I met a bigger asshole.

I have been taking pictures of nesting hawks and observing their behavior in my valley and elsewhere for a long time. This hard drive has pictures going back to 2009 but it preceded that by a good stretch. The current nest is a sycamore tree over from the last nest, one that unfortunately blew down the year before last. This is the first time I have ever heard about a "fifteen minute rule." Now honestly I rarely set up for much longer than that but I was observing bird behavior the other day and trying to learn something.

I plan on continuing the practice of taking pictures of them with the utmost concern for the birds, just like I always have. Call the raptor police if you wish. Raptor photography is one of the greatest joys of my life. I resent the tone and I resent the implication that I was disturbing these three day old hawks in any way. That is not how I operate.

And I really resent self appointed people and johnny come lately academics with no real actual authority asserting ownership of wild birds and telling me what I can or can not do on public property in this valley that I have long called my home.
Posted by Blue Heron at 9:01 AM

I might have heard him out and them growled, "Get the eff off my road". But then I'm known to be an ineffectual Curmudgeon...