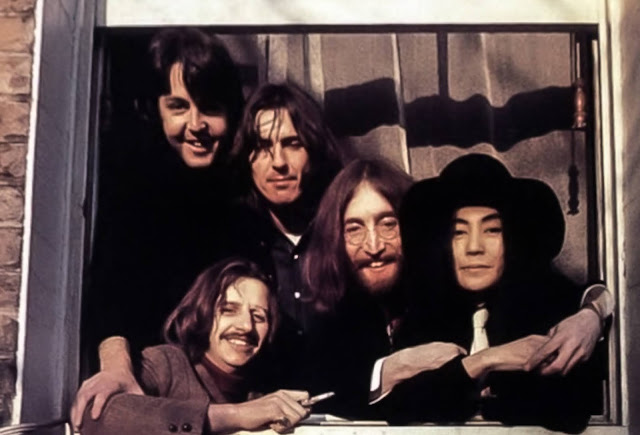 You consider the Beatles and there is legitimate disagreement over who might be the most accomplished musician in the band. Paul, the son of a musician, could play guitar, drums, piano and bass. He started on trumpet. Ringo was, in my opinion, one of the greatest rock drummers in the world. George, my favorite Beatle growing up, was the band's instrumentalist and played the most beautiful structured phrases on the guitar. And John once confided in an interview that he thought that he was an even better guitar player than George.

By the way, I don't think any of the Fab Four were great readers of music. Not that it mattered...

But could it be possible that the best musician of the entire clan was actually Yoko Ono? She certainly had the most classical training. 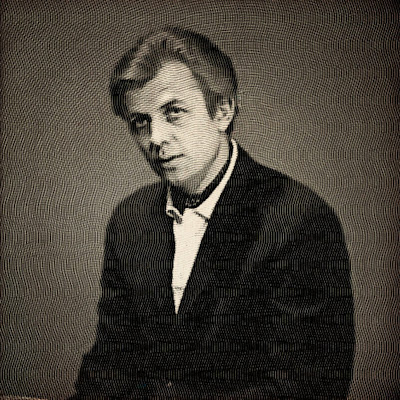 I put the Gary McFarland (1933-1971) rendition of the Beatles' tune Because up on the blog last week. I really like McFarland, a guy practically nobody has ever heard of. Composer and vibraphonist. Tragic figure, brilliant, died of a methadone overdose, way too young. Anyway I received this message from Terry D. the next day:


You hooked me again on this song Robert, bringing back memories.  In doing a bit of research I uncovered something about it I had not ever heard before. Yoko Ono was a classically trained pianist whose interests had moved towards the avant garde. One day in 1969, however, she played Beethoven’s Piano Sonata No. 14 in C-sharp minor, Op. 27, No. 2 – the Moonlight Sonata. Lying on their sofa listening, John Lennon asked her to play the chords backwards, and wrote ‘Because’ around the result. While not an exact reversal of Beethoven’s piece, it contains a number of musical similarities.

"Yoko was playing Moonlight Sonata on the piano. She was classically trained. I said, ‘Can you play those chords backward?’ and wrote ‘Because’ around them. The lyrics speak for themselves; they’re clear. No bullshit. No imagery, no obscure references."

Do you think Paul could even play the Moonlight Sonata? Or play it backwards? Possibly, but I am not so sure and it is even doubtful. Now I could not stand Yoko's musical contribution to the fabs personally but it turns out she studied classical piano for eight or nine years and also had extensive voice training. Who knew? From Wikipedia:


Ono studied piano from the age of 4 to 12 or 13. She attended kabuki performances with her mother, who was trained in shamisen, koto, otsuzumi, kotsuzumi, nagauta, and could read Japanese musical scores. At 14 Yoko took up vocal training in lieder-singing. At Sarah Lawrence, she studied poetry with Alastair Reid, English literature with Kathryn Mansell, and music composition with the Viennese-trained André Singer.[9] Of this time Ono has said that her heroes were the twelve-tone composers Arnold Schoenberg and Alban Berg. She said, "I was just fascinated with what they could do. I wrote some twelve-tone songs, then my music went into [an] area that my teacher felt was really a bit off track, and..... he said, 'Well, look, there are people who are doing things like what you do and they're called avant-garde.'" Singer introduced her to the work of Edgar Varèse, John Cage, and Henry Cowell. She left college and moved to New York in 1957, supporting herself through secretarial work and lessons in the traditional Japanese arts at the Japan Society.[70]
She met Cage through Ichiyanagi Toshi in Cage's legendary composition class at the New School for Social Research,[71] and in the summer of 1960, she found a cheap loft in downtown Manhattan at 112 Chambers Street and allowed composer La Monte Young to organize concerts in the loft with her,[66] with people like Marcel Duchamp and Peggy Guggenheim attending.[72] Ono only presented work once during the series.[70] In 1961, years before meeting Lennon, Ono had her first major public performance in a concert at the 258-seat Carnegie Recital Hall (smaller than the "Main Hall"). This concert featured radical experimental music and performances. She had a second engagement at the Carnegie Recital Hall in 1965, in which she debuted Cut Piece.[120] She premiered The Fog Machine during her Concert of Music for the Mind at the Bluecoat Society of Arts in Liverpool, England in 1967.[121]

More on Because at the Beatles' Bible. And thanks to Terry for enlightening me. 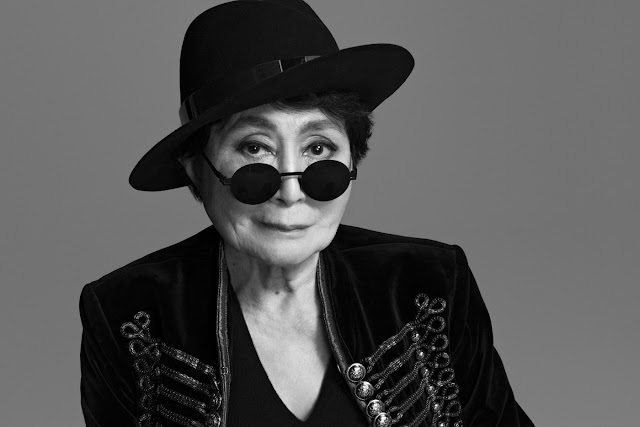 Knew none of that about Yoko until now. Agree with your Beatle assessment, completely. I’m a drummer though I haven’t played in years. If you’ve never seen this, it’s worth a view.

Thanks for the fascinating info, Robert. While I did not know the details about Yoko, I am somehow not surprised. IMHO one can't really pull off avant-garde unless you know very well the nature of what you are rebelling against.

In art as well, don't go all basquiat on me unless you learn to draw first. Ingres and then you can Sam Francis all day if it floats your boat.