I left the valley to go birding yesterday, first time in about six weeks. I was starting to get stir crazy at home. Although Torrey Pines is closed (we are getting very close to falcon time) I called the State Fish and Wildlife office and my sacred spot at SJWA was open. I bought a gallon of water and headed up. 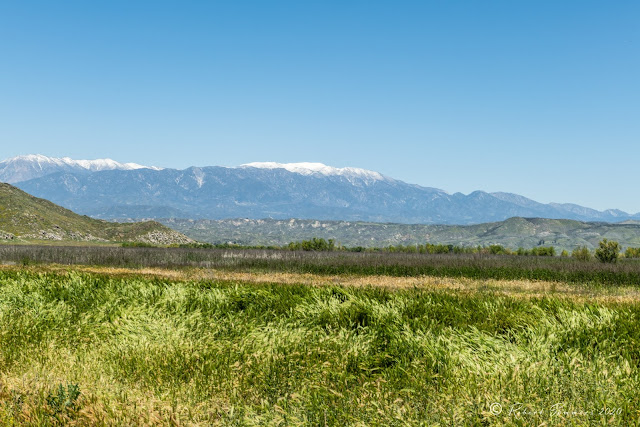 My timing was not necessarily optimal, 100° on the car thermometer and midday sun. But I would take it. I needed to get out.

It was a very sparse day, bird wise. Even though it is still April, it is as hot as hell and the birds don't like that either.

I have a routine, I put the big lens on in the very same spot on Davis Rd. every time. 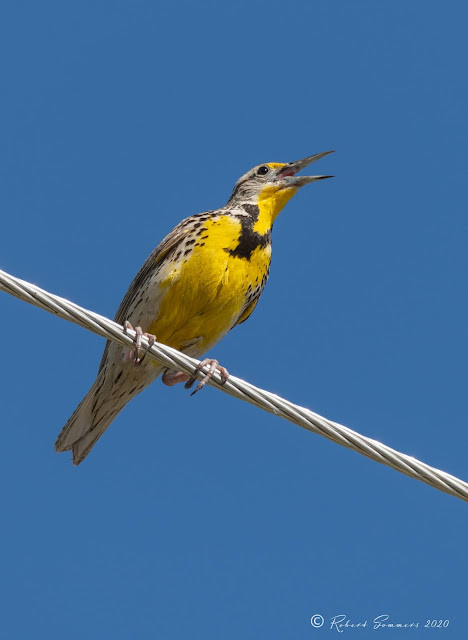 As soon as I got out of the car I heard my favorite bird singer, the western meadowlark, and thought that it was a good omen for the day. 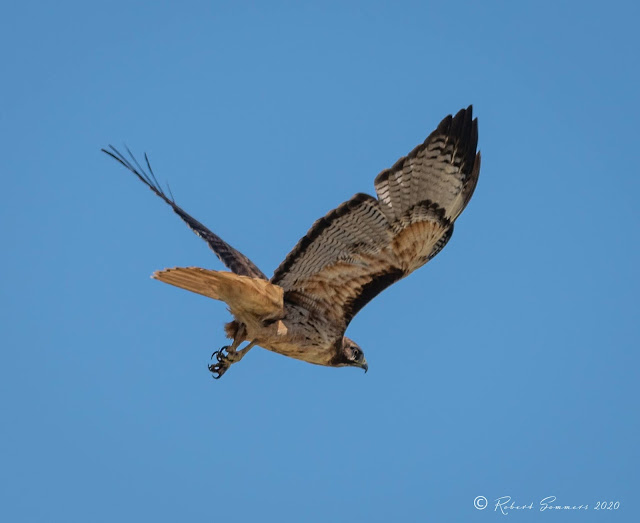 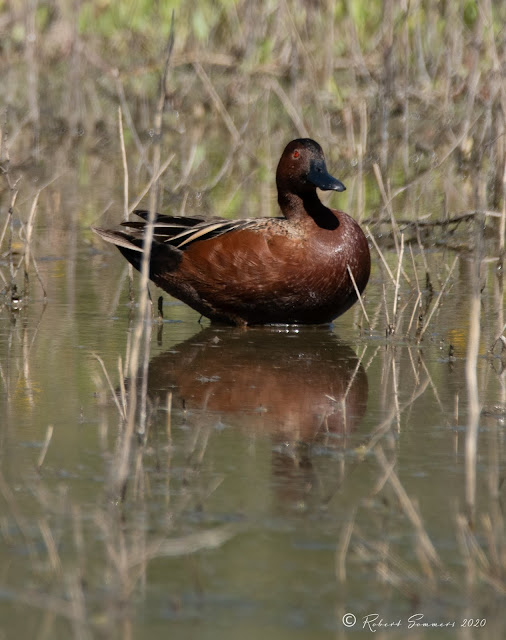 Your normal hot summer day, even though it is not yet officially the season. 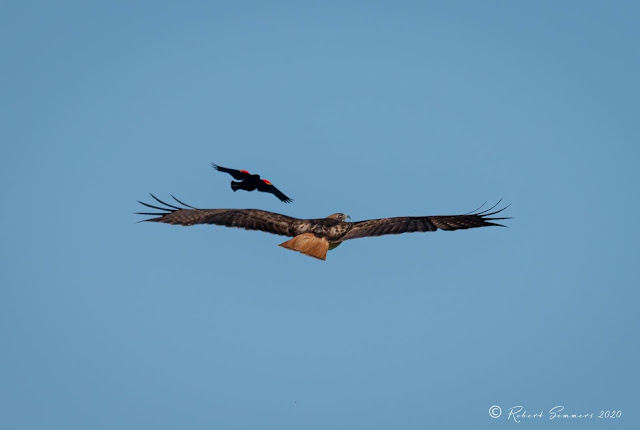 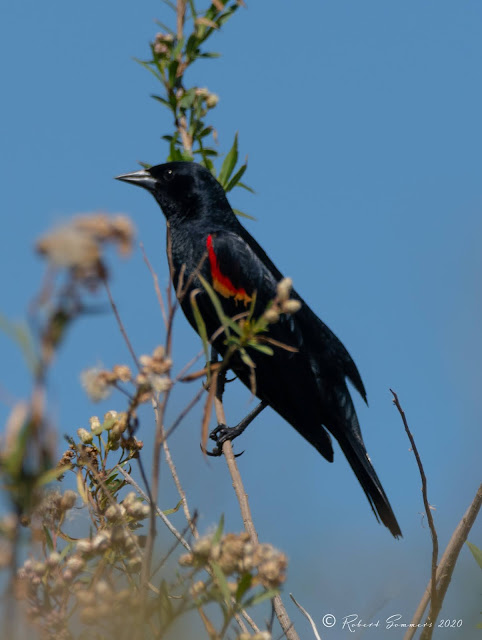 If I had a dollar for every red winged blackbird I saw I would be a rich man.

You normally don't see them mob red tailed hawks. Too bad it was slightly out of my lens reach.

I did see some of the smaller cattle egrets and I don't normally see them there. Still no mountain bluebirds or vermilions this year, which I normally see every year.

I only saw one harrier and there are usually scads of them. I decided to put the circular polarizer on the 400mm. You lose a stop and it is going to take some adjustment to figure it out. Not happy with what I am seeing here but oh, well. 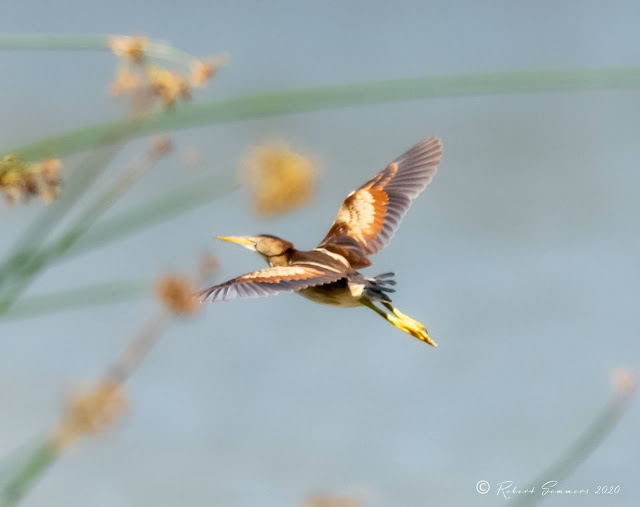 I shot this beautiful bird in my fog, not sure exactly what it is, perhaps a least bittern of some kind? I am sure somebody will tell me. Wish I had nailed it.

Looks like an ornate paper kite from a store in Japantown. I have some other shots of this bird, none perfect but all gorgeous in their own way. A fantasy bird, like a phoenix without the fiery tail. 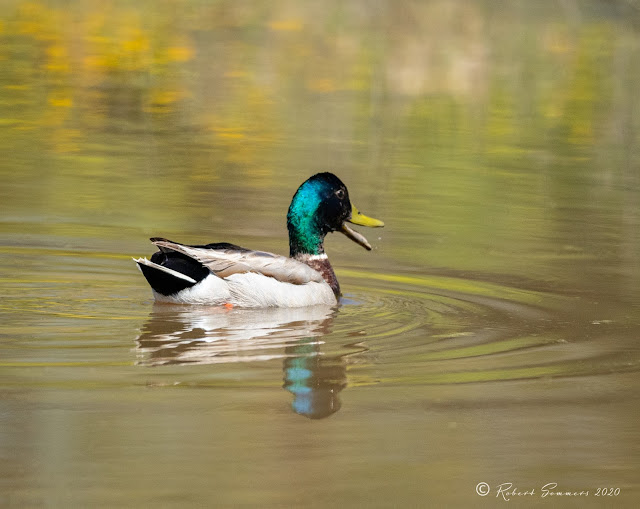 I'm normally never at a loss for words but what does one do when confronted with an overly loquacious mallard? 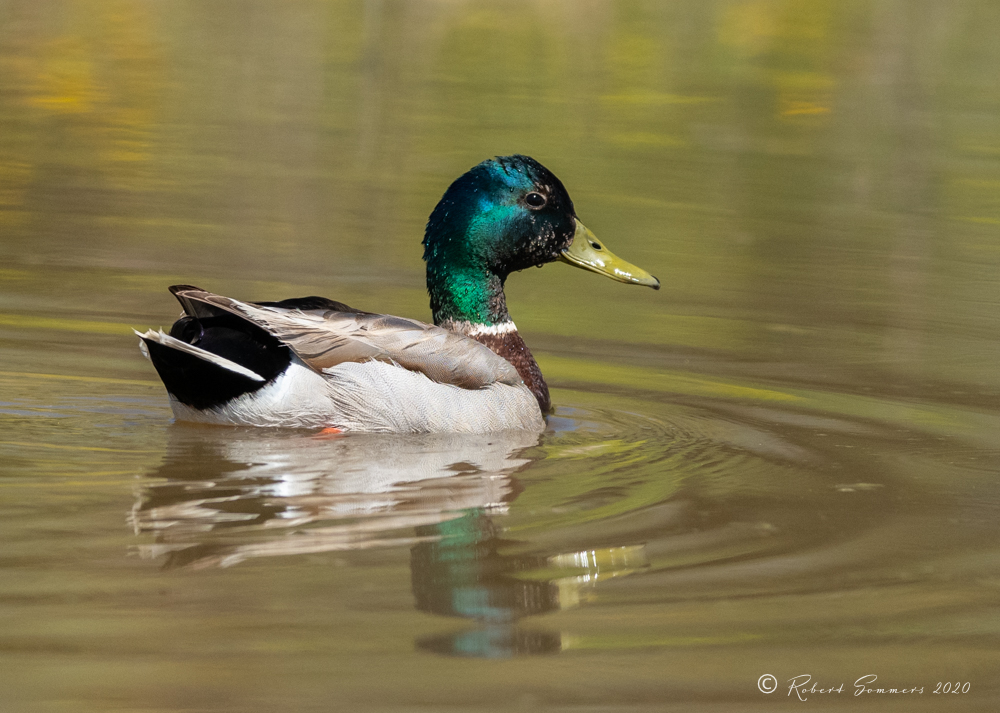 I decided not to mention decimating his long island kindred at my dinner table the night before. Why even bring things like that up with a duck?


I drove around the place for hours, happy to be in nature, enjoying the music, the heat, the scenery and the birds. Being by myself.

Here's a butt shot of my eponymous bird, he was huge. 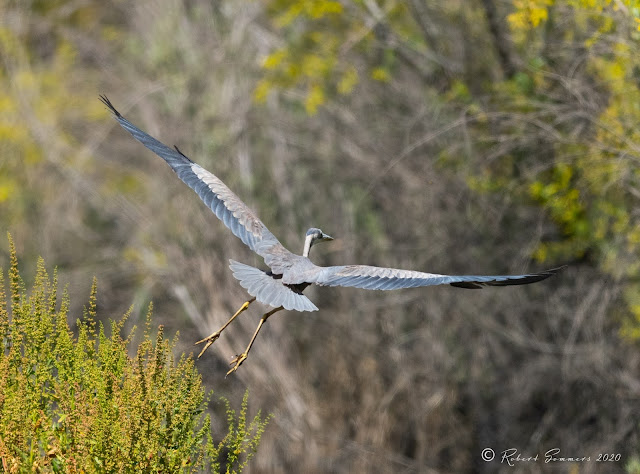 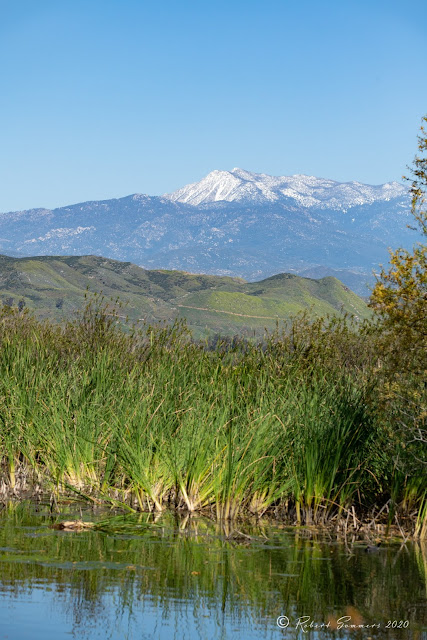 I decided to take my normal hike loop, see if I could find the vermilion.

I took a big swig of water and headed out. Took the lighter lens so I wouldn't kill myself with the weight.

I got about a third of a way through and suddenly wondered if it was a smart thing for a guy in my medical condition to be wandering around in plus 100° heat without water?

Thought about turning back. But segued into an acid type Billy Jack in the desert with the medicine man and the rattlesnakes fantasy.

What a perfect place to succumb. Like Neal Cassady counting railroad tracks.

Didn't see a lot on my route, which I can happily report ended splendidly and with me in fine fettle. 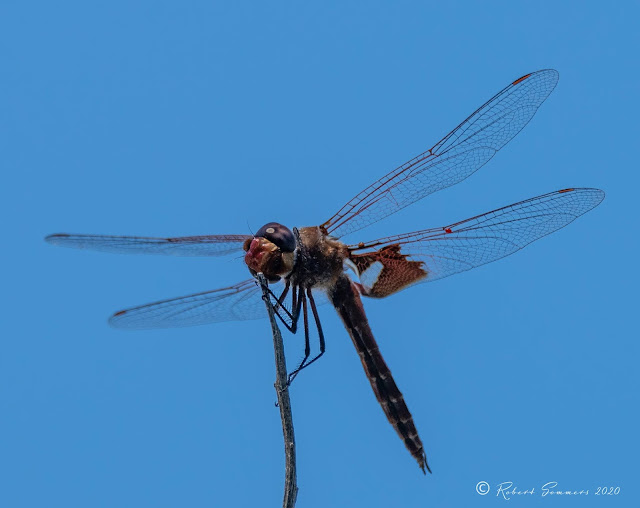 Convinced a wayward dragonfly to stand still for a second. "Step up to the microphone.""Hey, is this thing on?" 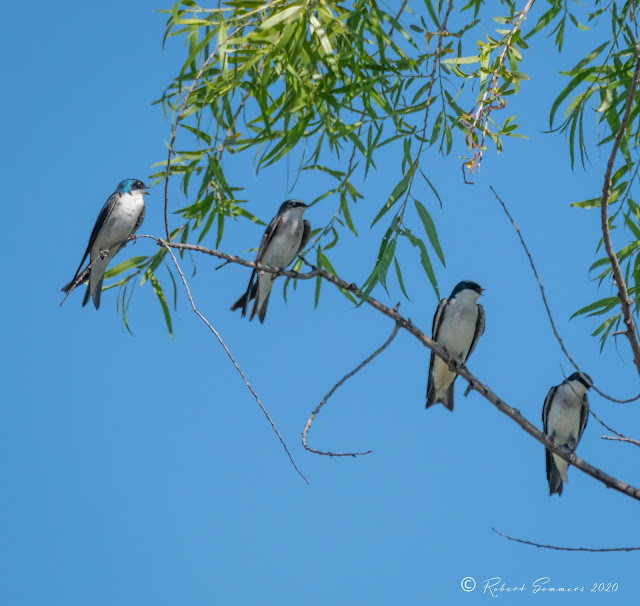 And listened to a serenade delivered by a fine quartet of tree swallows. I made it back to my car, no worse for wear and continued my excursion. Saw this belted kingfisher perched on a dead log in a pond. 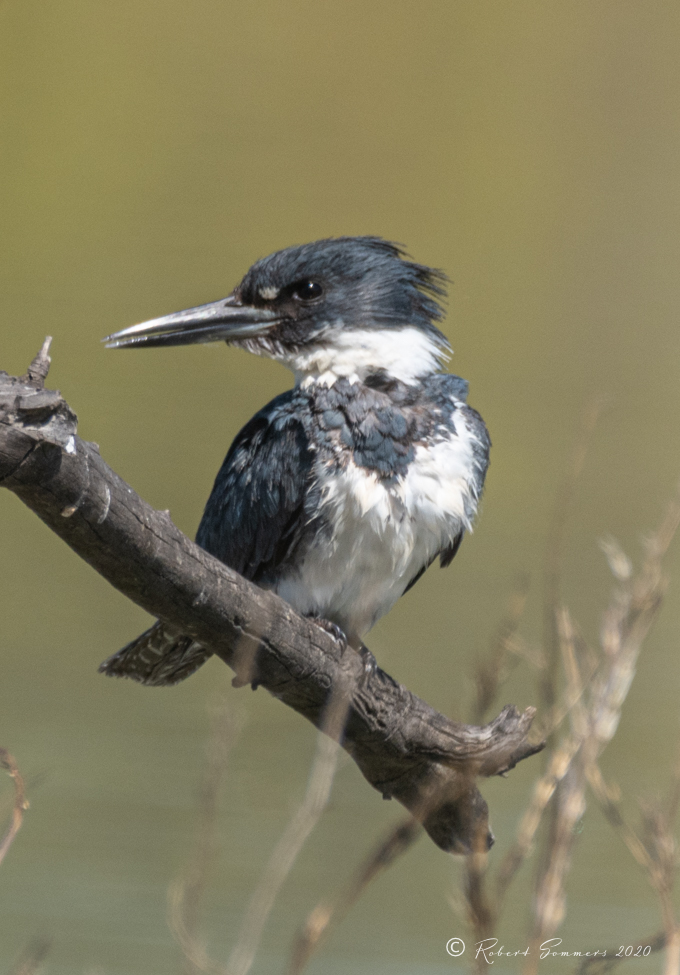 Believe it or not, this is the first belted kingfisher I have ever seen at SJWA, let alone photographed. And he was far larger than the last one I snapped a picture of. I know it is male, lacking the chestnut belly band, but not a lot of crest showing. 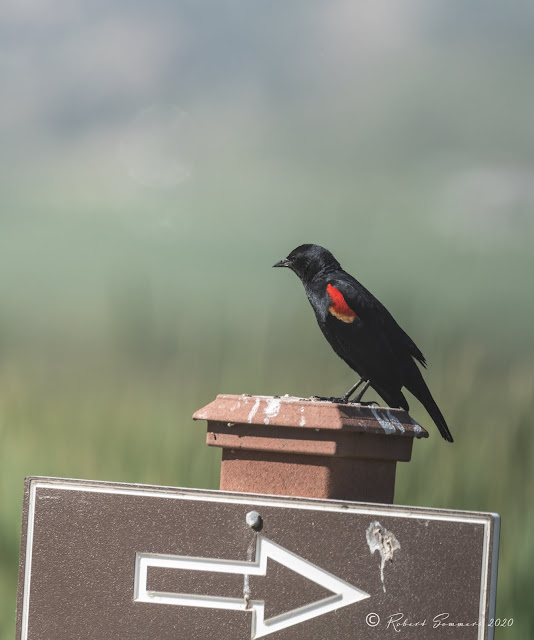 To coin Shakespeare, does the wildlife photographer photoshop the shit off the sign or not, that is the question?

I drove out to the Walker Ponds for the second or third time, I forget.

Not a lot happening, no yellow headed blackbirds or falcons or any of my normal treats. 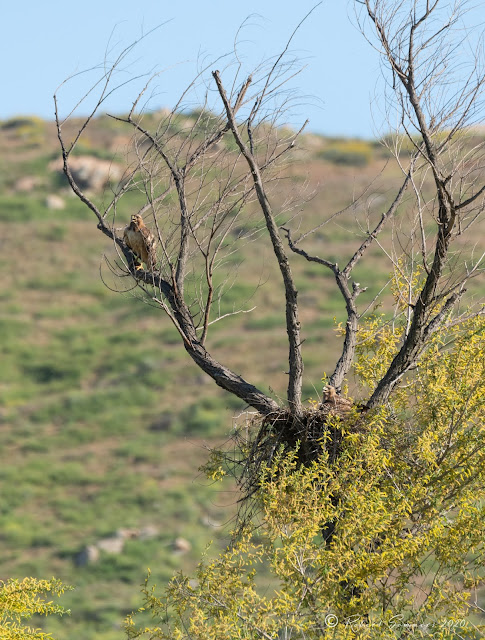 I went back to the main section and caught a nice red tailed brood hanging out. 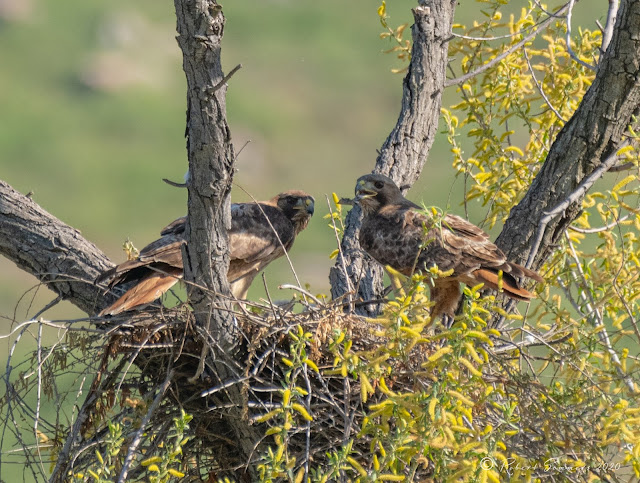 I can clearly see two little white puffs behind them in several pictures. 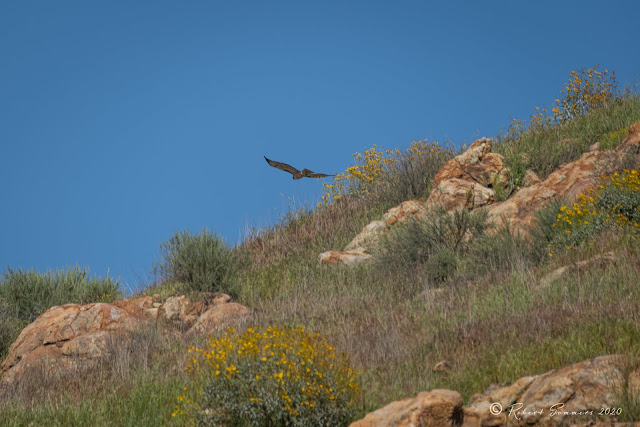 I took my leave, keeping an eye on the ground for burrowing owls. You always think that you will see them at the last spot you saw them but it never happens. Saw a kingfisher twice more. Never rains it pours. You never know what you are going to see when you go to a wild place but it is always good.
Posted by Blue Heron at 12:11 PM

Many excellent photos. Glad you had a productive trip. I really enjoyed the story.

I think the bird flying is a Least Bittern? Beth

I thought so, thanks Beth. And thank you Ken. I tell you, the cp is not a help on the 400. Probably won't use it again. Glad I bought it relatively cheaply. Pain in the ass. Ruined a good shot.

Thanks Robert, with enough practice you’ll get good photos.

Thanks Kent, I will keep working on it.

Enjoyed the pictures Robert. Glad to see you on the road and bird watching again. Always love your writing!