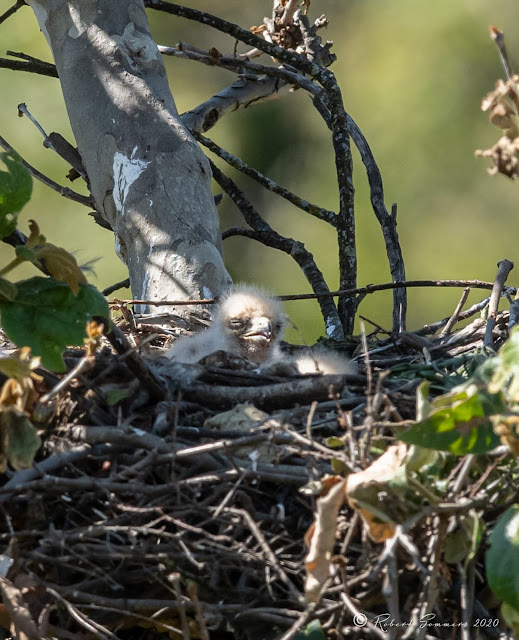 It was not ideal shooting conditions, with shadows, cross light and a steady wind.

Focusing was very difficult. Hard to focus on something soft and fuzzy. 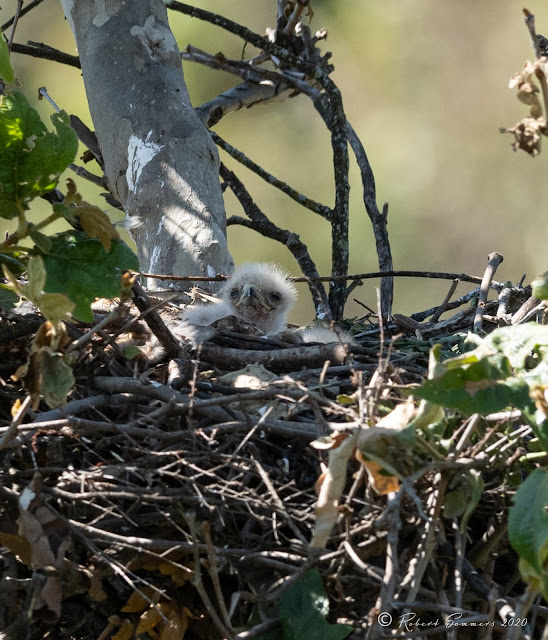 I set up my tripod and took my first shots of the hatchlings, approximately three or four days old, eyes not yet wide open.

I still believe that there are only two but I have been fooled before.

I only saw two heads yesterday. 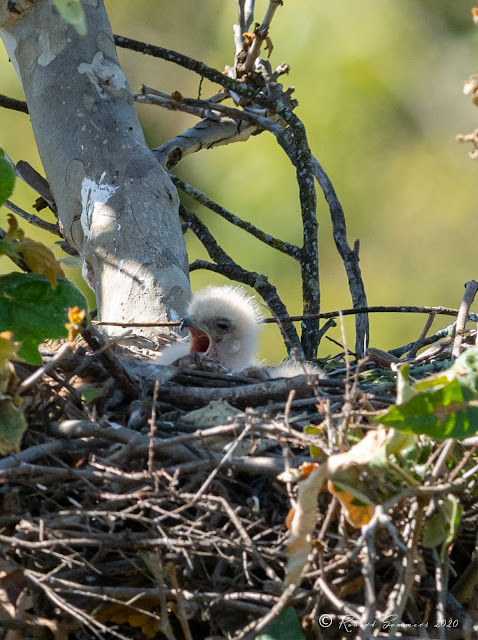 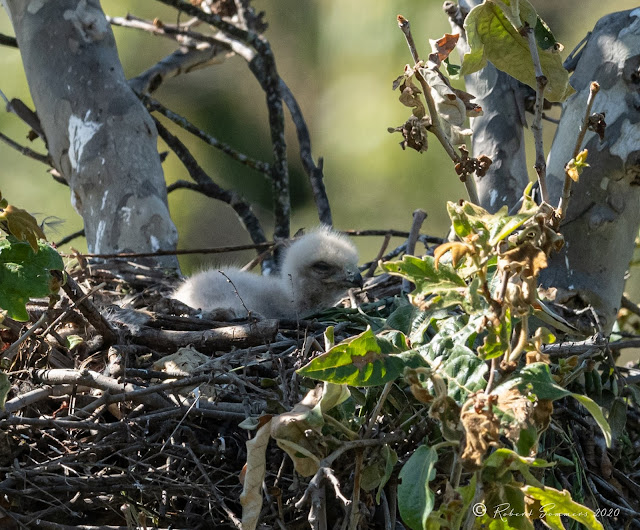 I have been photographing and observing the behavior of nesting hawks for a long time and wanted to time the duration until the parents came back. 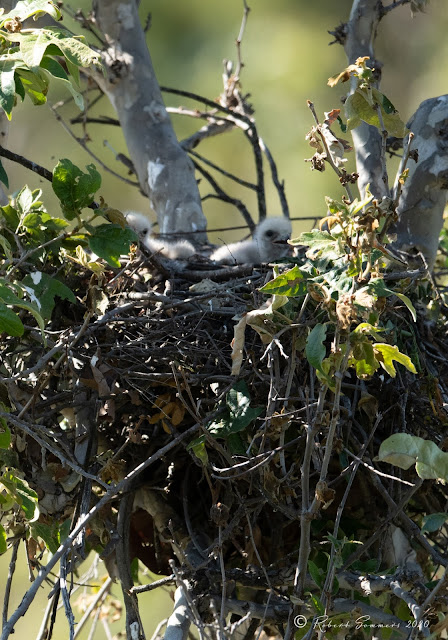 This was a long spell in regards to what I am accustomed to seeing. One hour and eleven minutes. 3:56:28 p.m.

I had been acclimating the birds to my presence for the last two months and the parents are now very used to seeing me.

Even so I stayed in the back of my car and made myself scarce at regular intervals so I would disturb them as little as possible.

I first spotted the mother on a tree to the south and then the father in the north a while later. 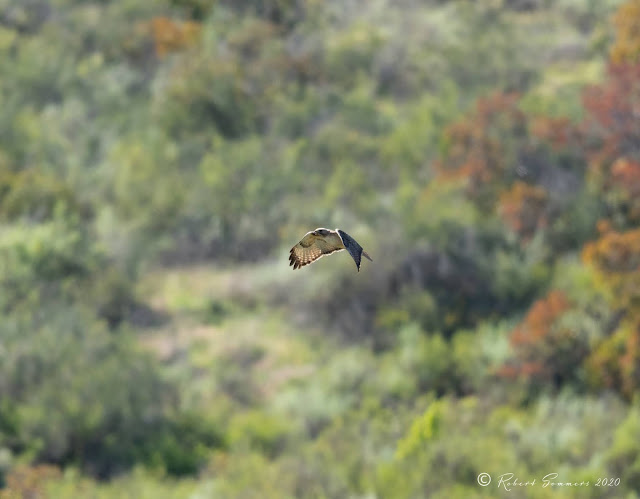 Eventually I saw them hunting together. The distance was too far for good focus acquisition. 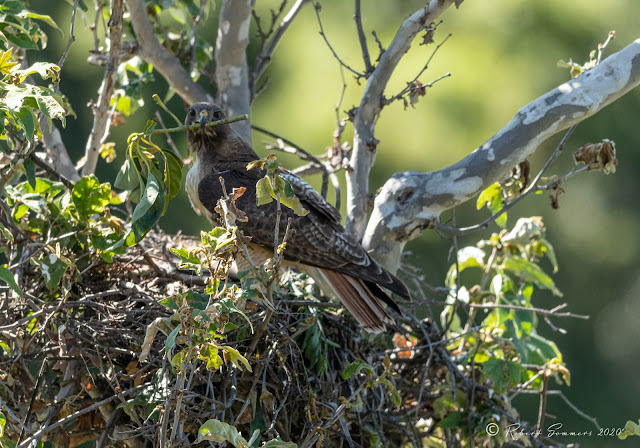 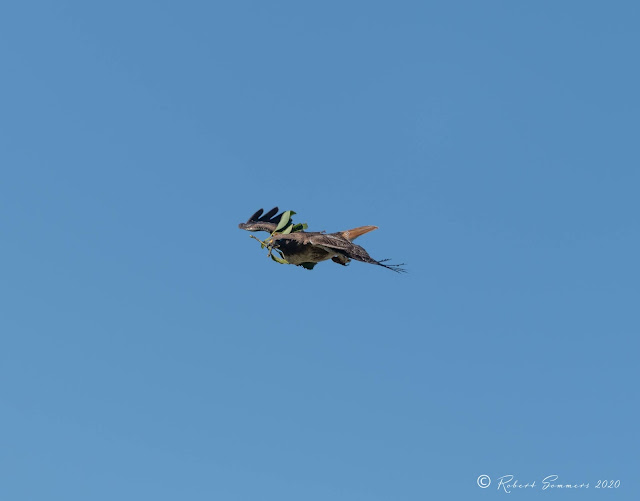 I am not exactly sure why but the hawk mother decided to bring avocado leaves back to the nest. Obviously these are Fallbrook birds. 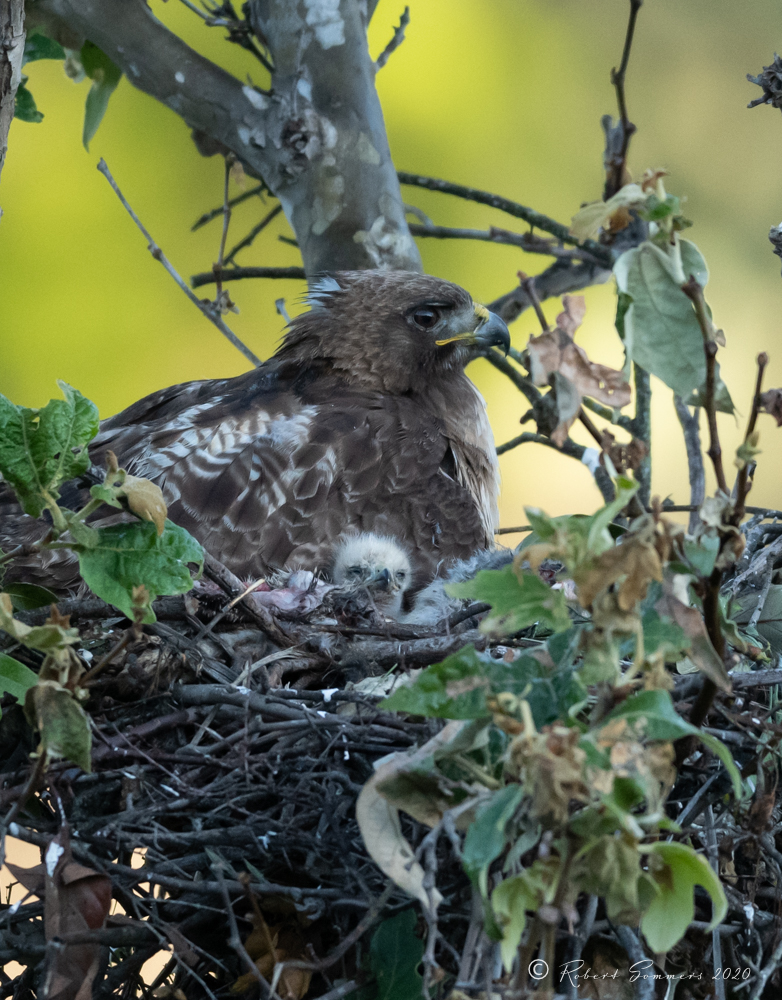 And it got me to thinking, how cool it was to be photographing red tailed hawks in front of Gavilan Mountain, which means hawk in spanish.

How many years have they been soaring and nesting around here, a million?
Posted by Blue Heron at 10:22 AM