We had a simple but lovely dinner last night. Dessert based. Leslie made poached pears again but approached things a little differently than last week. 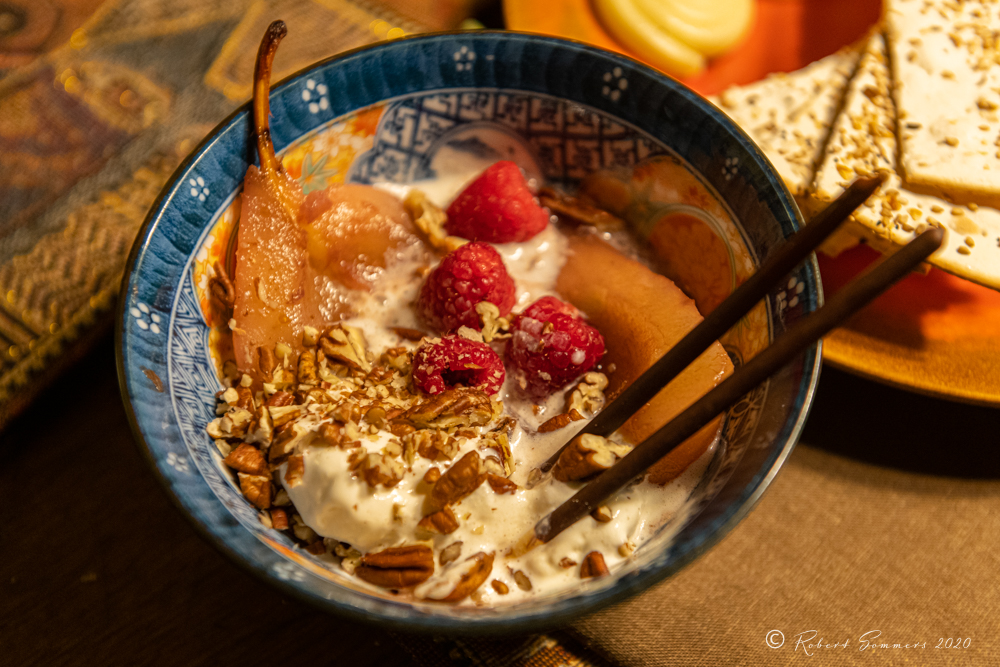 Again she used a combination of bosc and d'anjou pears, the latter much sweeter, the bosc firmer in texture. Her stock consisted of lemon and orange zest, clove, vanilla bean, black peppercorns, honey, turbinado sugar, cinnamon stick and cardamom. She also added what was left from our bottle of Montepulciano D'abruzzo wine. The secret ingredient was a chai tea bag, a trick that was revealed in a recipe she found somewhere.

It was excellent but very sweet. Lacked the saffron spices and kick of the first go but lovely in its own right. We ate it with lavash crackers and a two year old organic white cheddar from Spring Hill Farms that Leslie bought at the Encinitas Farmers Market, before the deluge, as well as a smoked gouda. 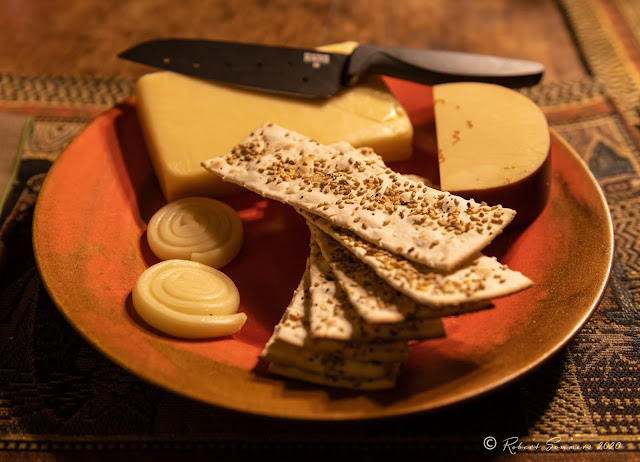 I left the table very content. She was going to make a salad too but I was very full and satiated. We kept the luscious pear stock for later, just in case.
Posted by Blue Heron at 10:41 AM