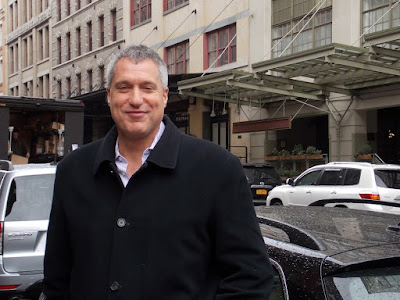 Donziger helped the Ecuadorian people win a landmark case showing that Chevron was polluting the Amazon.

It is an amazing story and sure to be a movie one day. Big corporation not only wrecks the environment but decides to take out the plaintiff's attorney to boot.

Donziger represents 30,000 indigenous people and small farmers who won a $9.5bn class action lawsuit against Chevron in Ecuadorean courts in 2013, as compensation for the contamination of their land by oil extraction activities.This judgment was one of the largest ever against an oil company, but not a cent of these damages has been paid to the plaintiffs. Chevron does not have assets in Ecuador and has successfully argued in US courts that the initial ruling was flawed. In other countries, courts have ruled that Ecuador does not have jurisdiction to claim damages.

Chevron's behavior here is a new low, even for them. They went after this guy in the most vicious and underhanded way.


It was later reported that Chevron paid more than a million dollars for one of the key witnesses in the case – an Ecuadorean judge – to come to the United States. That witness later said he lied under oath.

Now he sits in New York, under house arrest, totally railroaded. We live in evil times.

*
They're killing us, Texas residents say of Trump rollbacks

A good movie from last year is Dark Waters with Mark Ruffalo. About a chronic pollution problem much closer to home involving one of our biggest companies. Excellent movie!


Check out this National Review article.

The author claims Donziger, " a left-wing lawyer with connections to the Obama administration and Andrew Cuomo’s administration in New York " was tried to orchestrate a multi million dollar shakedown of Chevron, got caught and is now he's getting the tough justice he deserves.

"In dollar terms, Donziger’s case against Chevron may very well be the largest attempt at extortion in human history."

lots of holes in their bullshit narrative.

Why would Lewis Kaplan appoint a prosecutor with ties to Chevron?