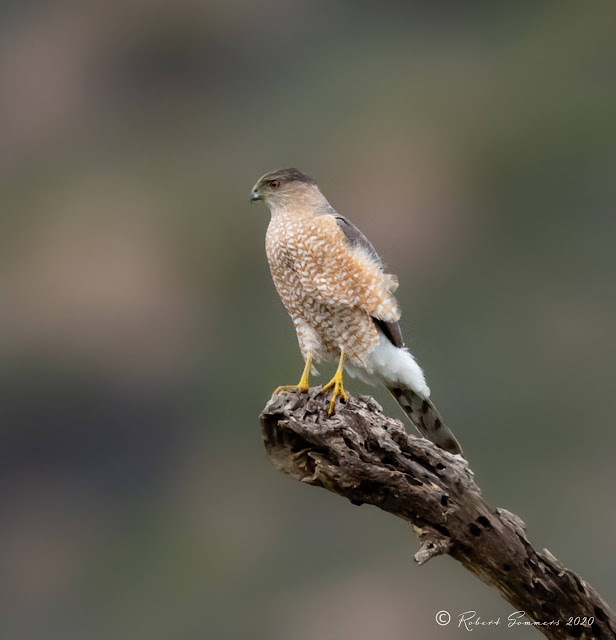 I don't get a lot of shots of Cooper's hawks. I am not really sure why, they are around, but they are a little bit elusive, often just out of range. It is unfortunate, I shouldn't neglect them. 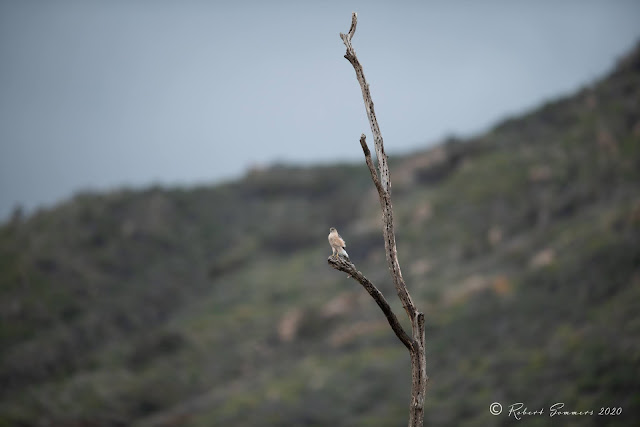 It was a wonderful, dark, gray day yesterday and as I was coming home I saw this fellow on a branch of the dead tree that stands tall in the river.

I usually see ospreys on this tree, an occasional red tailed but I don't recall a Cooper's hawk perched there before. 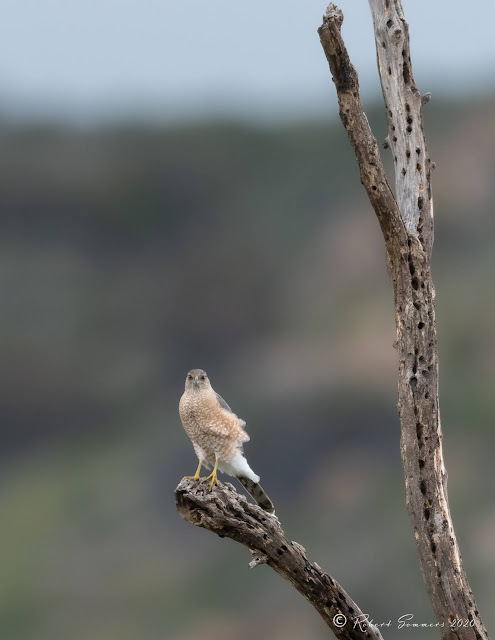 The species is only found in North America. It was named in 1828 by Charles Lucien Bonaparte in honor of his friend and fellow ornithologist, William C. Cooper.

Cooper was a founder of the Lyceum of Natural History in New York City in 1817.

Cooper's hawks are interesting to me because there is so much differentiation between the immature and an adult bird, like the one we have here. 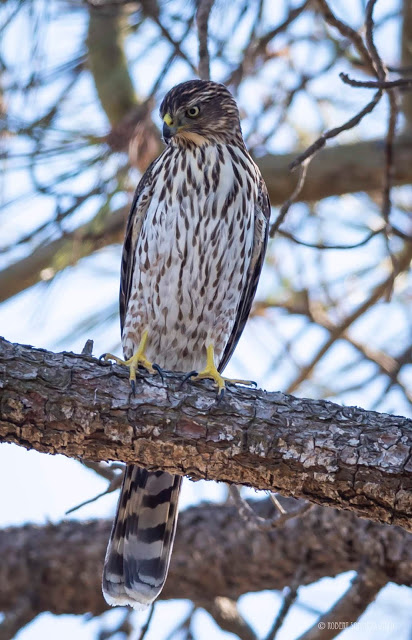 Everything looks different. Here is a picture of a juvenile that I once took in Torrey Pines.

Notice the difference in the barred pattern on the chest and the variegation on the feathers on the head. 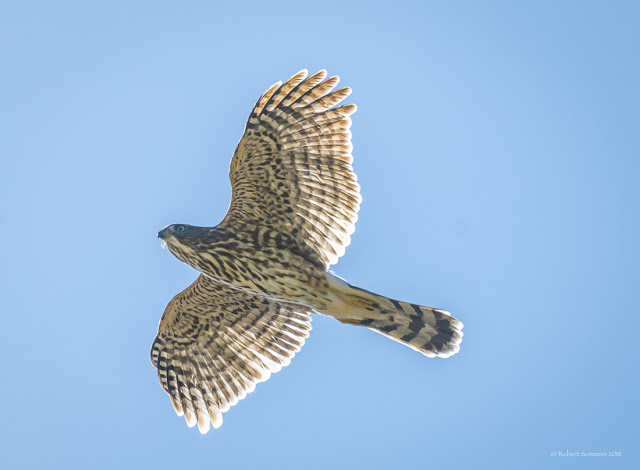 Here is a picture of a juvenile Cooper's that I took at Beth and Levens' home. Amazing change to the finished product really. Note the reddish eye on the top picture from yesterday, similar to a kite. The adults develop a blue gray cast to certain parts of their feathers.

Unfortunately due to attrition, entropy and man, we have a lot less structure for the birds in our valley. Trees have fallen and a couple of years ago SDGE removed an old and unused power pole system that was a favorite perch. But trees will grow and trees will die and everything will be hunky dory in the long run. 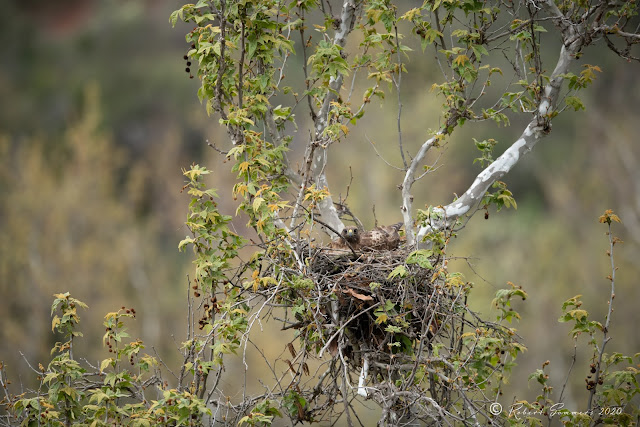 The male red tailed was doing his turn in the sycamore yesterday. 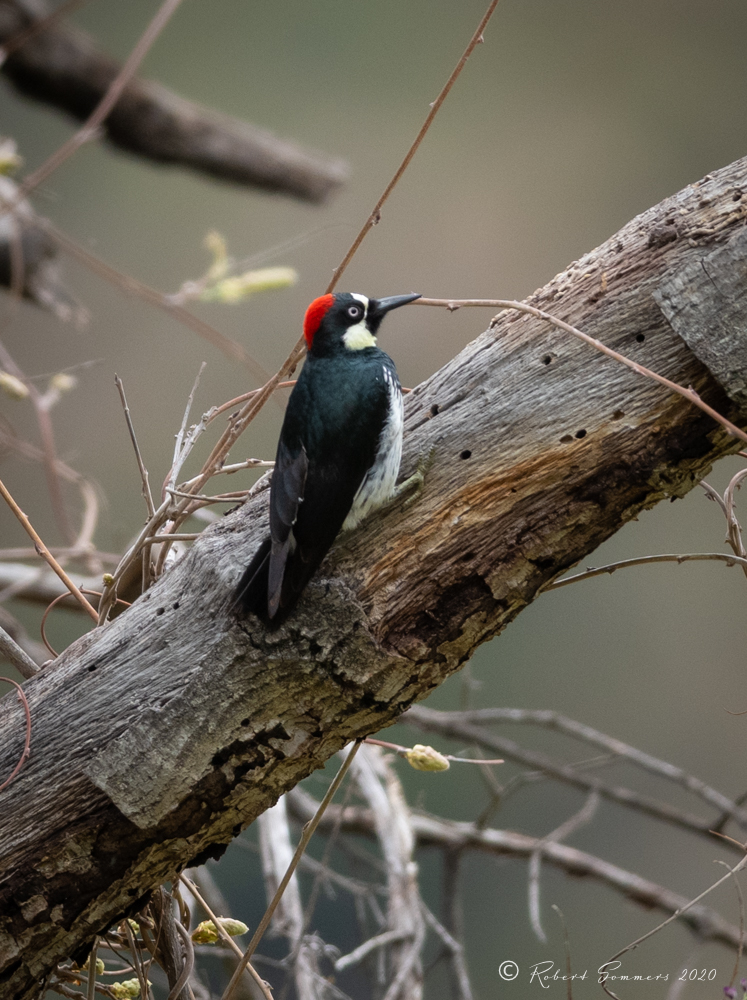 I got home and saw some cool things in my garden.

This female acorn woodpecker was in my old oak, which is now getting covered with unfurling wisteria blossoms.

We know it is a female because the red cap does not extend through the whole crest. 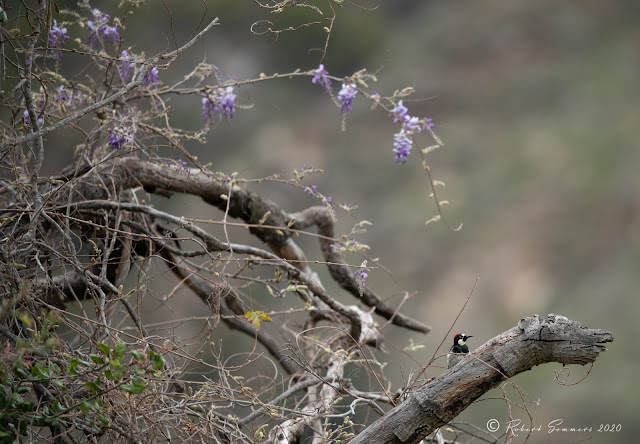 I love the approach of spring and enjoy the wet weather. The mountain lilac, the butterflies and birds. Everybody is happy.

Leslie added a second feeder for the finches, lots of scaly breasted munia and the lesser goldfinches who are starting to stop by. Towhees, doves and hummers complete the show. 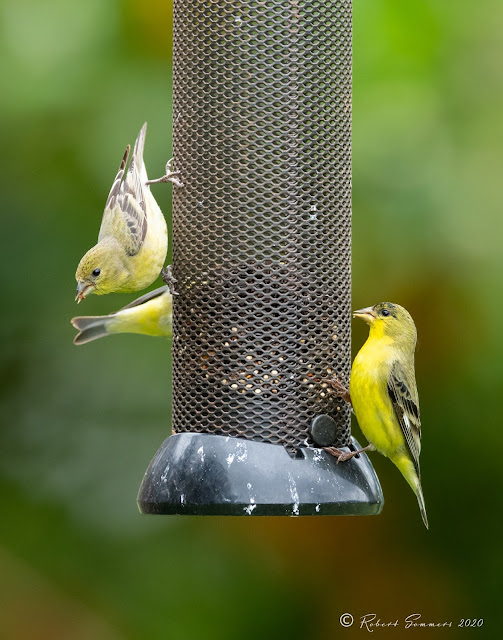 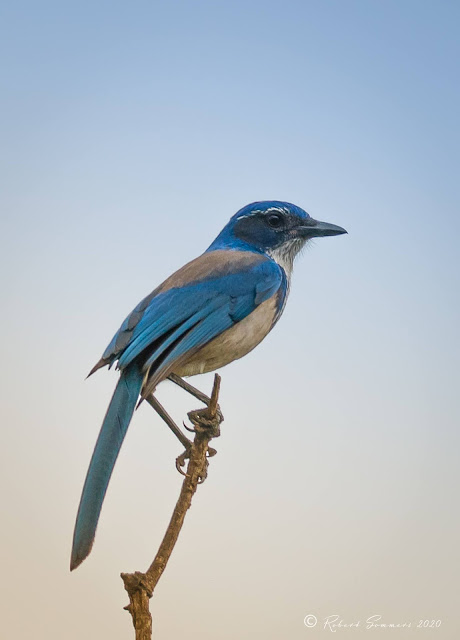 Speaking of which, I think they are so common that we don't consider their immense beauty.

Such a lovely bird!

We take them for granted. People that don't live near them are probably quite taken with their vivid, striking appearance. Don't ever call them a blue jay. I made that mistake once in front of a hard core and very snotty, rich birder in San Francisco and never heard the end of her patronizing sneer.
Posted by Blue Heron at 10:56 AM

I never take them for granted, and love their squawk and ballsy attitude. ~ Diane O