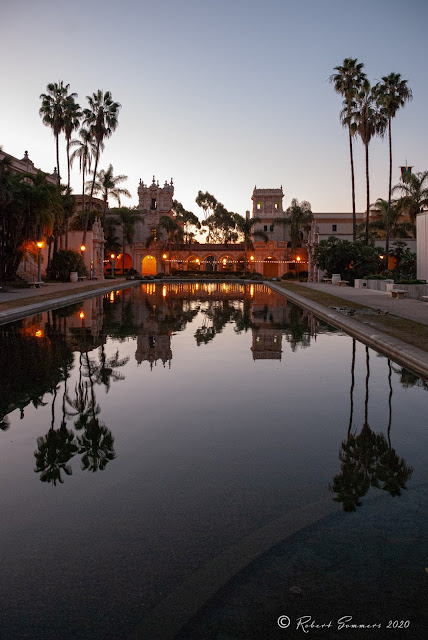 I am a San Diego native and forgive me if I think Balboa Park is the most beautiful city park in the entire nation. But that is what I truly believe.

I love the park and have spent hours on end going through the early Pan Pacific exposition photos at the San Diego History Center and researching my beloved park's history, which included International Expositions in both 1915 and 1935.

I relish nothing more than a walk down its paths and a smell of its rose garden. It has so many jewels, the Timken, the botanical garden with its stunning bismarckia Palms standing front right, the Organ Pavilion and more. 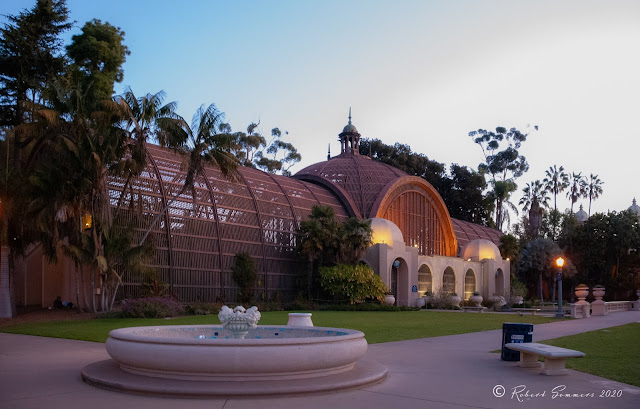 My earliest memories include the park, the zoo, the museums, watching the Chargers play at Balboa Stadium. My older sister riding a tortoise during a taping of the Johnny Downs show at the children's zoo.

And if you have to ask who Johnny Downs or Bob Dale was, well you are not a San Diegan. 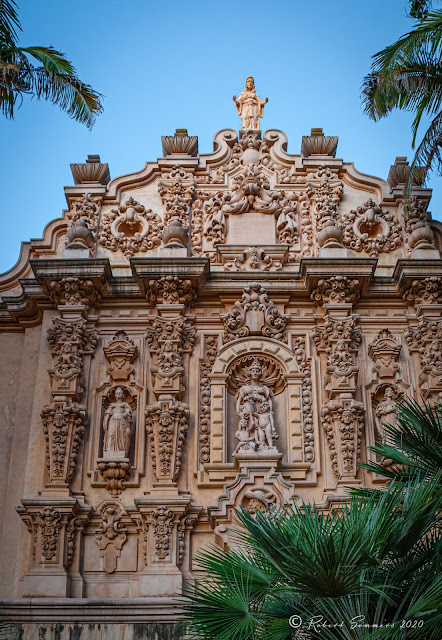 When people come to town, a trip to the park is always the first thing I suggest. Only thing that compares is across the pond in Sevilla.

Personally I like to get there at first light, before the hominids arrive.

I know more about its architects and original buildings than a human probably should as well as the botanical names for much of its flora.

Did you know that the Marines trained in the Laguna de las flores you see in my photograph during World War I? But the park is much older than that, having been conceived way back in 1868.

There is a battle going on over the future plans for the park. Two opposing commentaries in today's Union Tribune here and here.

Roger Showley and the Committee of One Hundred seem to think it is okay to do away with what little parking is left in the park. James Kidrick of the Air and Space Museum has a different vision. I am somewhere in between. But I take issue with something Showley writes.


On most days, there’s ample parking — just not 10 feet from the front door of the zoo, museum or theater of your choice. There would be more if close-in spaces were not routinely taken up by employees, downtown workers and Naval Hospital patients and staff. 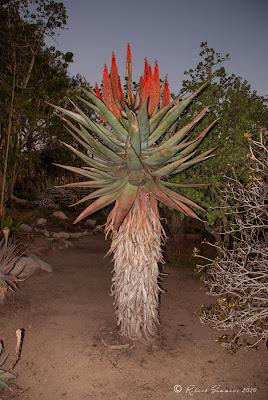 On most days there is not ample parking, parking hassles are constant and omnipresent. I usually have to park at the furthest end of the park and walk to the Plaza de Panama. Thank god I still can, many can't. And I don't think that you will be able to shame workers and employees from using the spaces. They are there out of necessity too.

The last thing I want to see is a bunch of modernist architects monkey with Bertram Goodhue's grand plateresque vision of the park. I saw what they did to the Santa Fe Railroad building and the attendant Contemporary Art monstrosity. Let's leave it well enough alone. I still find the "leftover expo buildings, many stripped of their Art Deco charm" charming, imagine that?

What do you think?
Posted by Blue Heron at 2:04 PM

It’s not broken, don’t fix it. One of my favorite places as well. I just love the palm gardens and giant Ficus.
Deli guy.

The best park in the world!!! Leave it alone!
Barbara

Robert - Thanks for sending your BP thoughts.
Park vs parking: There is a way to make room for both but parking should be managed and may not remain free everywhere all the time.
Roger

Thank you for responding Roger. I hope a suitable solution is found that minimizes the impact of a parking garage if it is required. But I shudder at the thought of the park being modernized and stripped of its essential character.

Robert - I haven’t heard of any changes that would strip the park of its historic character. architecturally speaking.
But there are many ideas in the master plan and precise plans that would add new features to enhance the park. And there are areas that need a complete makeover or rethinking.
The parking issue is the most consequential because nobody wants paid parking and nobody backs higher taxes to build garages or greatly boost intrapark shuttles.
So we have to fall back on things like time limits, parking meters, employee and volunteer parking zones away from the central core, and restriping and reconfiguring existing lots.
As they say, free parking isn’t free — you give up parkland for parking.
That will be the challenge this year.

I loved that park. I think I grew up and got a point of view in The museums. We went to the zoo at least once a month because the parents www members.

A wonderful park full of owls, hawks and the Great Blue Heron. I'd hate to see it become commercialized with paid parking. This is supposed to "remain a free park". It's bad enough that the Prado restaurant LAZ valet charges $15 and hogs public parking spots in the Alcazar Garden parking lot.