Long time readers know that I had the pleasure and honor of taking pictures of a red tailed hawk nest in my valley for about ten consecutive years. Unfortunately the sheer weight of the giant nest caused its collapse two years ago. It was very depressing for me.

I was so happy when I saw a new nest being built this year in an even closer sycamore. But the parents were off and on in attendance and the mother to be only started serious roosting a few weeks ago. Wasn't sure that the inchoate nest was a keeper or not.

I decided not to stop and take pictures until she was really settled in on her eggs, not wanting to bother her or make her feel uncomfortable. My fear was that she would abandon this new, relatively smaller nest. I brought my large lens home last night and planned on taking introductory shots this morning, before her progeny was hatched. 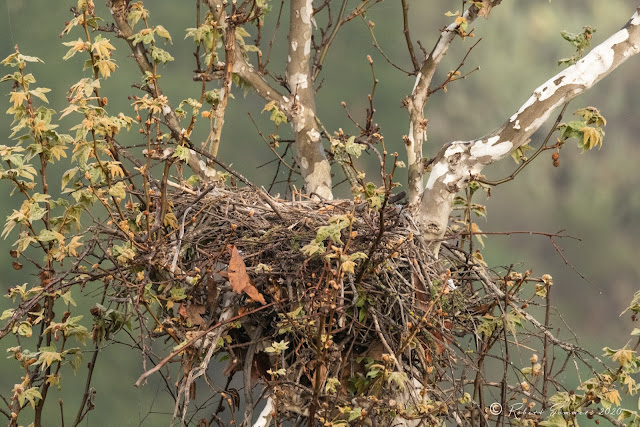 Alas, when I got to the nest this morning it was empty. I decided to take a baseline shot anyway with the zoom lens as it was easier than assembling the giant prime. Although I have to stop down the Sigma considerably, it would do at this close distance, even in the low light of the early morning hours.

Happily I saw the mother airborne as I was walking back to the car. She is a pretty thing, very small relatively compared to past female mothers. Quite pale in flight. She quickly flew back to her nest at my approach. 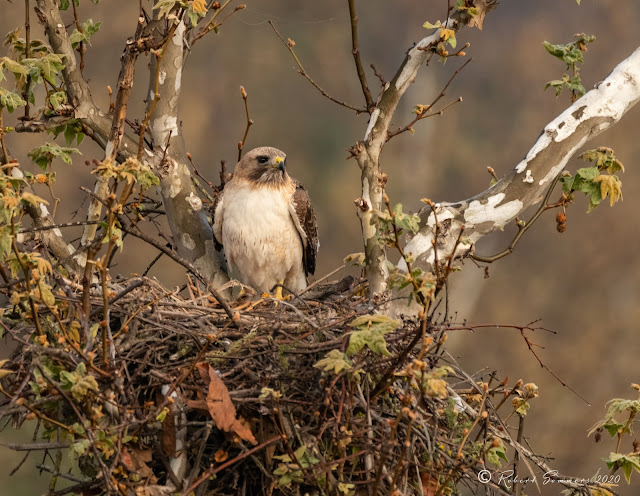 I am looking forward to an excellent spring chronicling this bird and her new family. With my prime lens, I think the shots should be very good indeed, universe willing. With my full setup and new closer proximity, we should do really well. But even the Sigma is decent here. Hot dog. 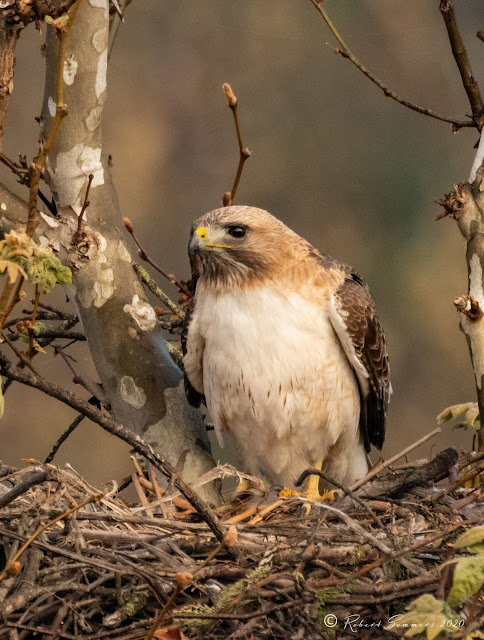 Great. I am looking forward to the photos. I miss the hawks that spent much of their time in the eucalyptus tree in front of the Camino house. My neighbor told me they plan to cut down the tree. Sad.