There is life, there is death and then there is Oklahoma football.

I was waiting for this to happen. Trump's core constituency is the college football demographic and these people want their pigskin dammit, pandemic or no pandemic. 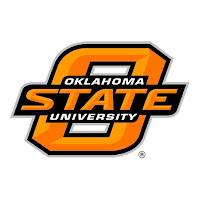 Mike Gundy, the Head Coach at Oklahoma State, was the first to sound off. Practices start May 1, it's time for the Cowboys to get an edge on the competition. His kids have "the build and they have the antibodies."


“We have to have a plan, and the plan right now is for them to start on May 1,” Mike Gundy said Tuesday, via the Norman (OK) Transcript. “It might get backed up two weeks, I don’t know, I can’t make that call, but if it does, we’ll start with the employees of this company, the ones that come in this building, then we’ll bring the players in, and slowly but surely we’ll test them all in.”
“In my opinion, if we have to bring our players back, test them, they’re in good shape, they’re all 18, 19, 20, 21, and 22 years old and they are healthy,” Gundy said. “A lot of them can fight it off with their natural body, the antibodies and the build that they have. There’s some people that are asymptomatic. If that’s true, then we sequester them, and people say that’s crazy. No, it’s not crazy, because we need to continue to budget and run money through the state of Oklahoma.”

Now "Mullet Mike" might want to do a little research. A lot of very healthy young people have been struck down nationwide by this terrible virus. Athletic builds do not necessarily translate to healthy antibodies. He may not make it to the field with a full roster. There are currently over 1500 cases in Oklahoma and there have been 79 deaths. They are not out of the woods yet, not by a long shot. Of course there is a dystopian chord being sounded in some circles that it is time to infect everybody and see who survives. Sort of the Doctor Strangelove crowd. 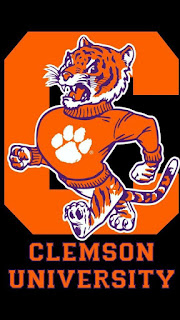 
"I have zero doubt that we're going to be playing. This is America, man. We've stormed the beaches of Normandy. We've sent a rover out on Mars and walked on the moon. This is the greatest country. We've created an iPhone where I can sit here and talk to people in all these different places. We've got the smartest people in the world. We're going to rise up and kick this thing in the teeth and get back to our lives."

Hope that he is right. Will be interesting to see how this shakes out. Trump can't deliver college football, he might be in trouble.
Posted by Blue Heron at 10:05 AM

To date the only way to get novel corona antibodies is to get the virus in your system. This moron must think there is some cross immunity (if he is that smart), but that's not the case with coronaviruses today, especially the one in question. The "build" and strong health helps but ain't foolproof like this here fool says.

See what happens to a country when it stops giving health classes in school.

Can't blame rural folks for their addiction to football especially high school football, but logic is logic and science is the best thing we have found for dealing with infectious diseases.

I suppose we will get another round of silliness when a vaccine is introduced but the "Darwin effect" might reduce the numbers of antivaxers.